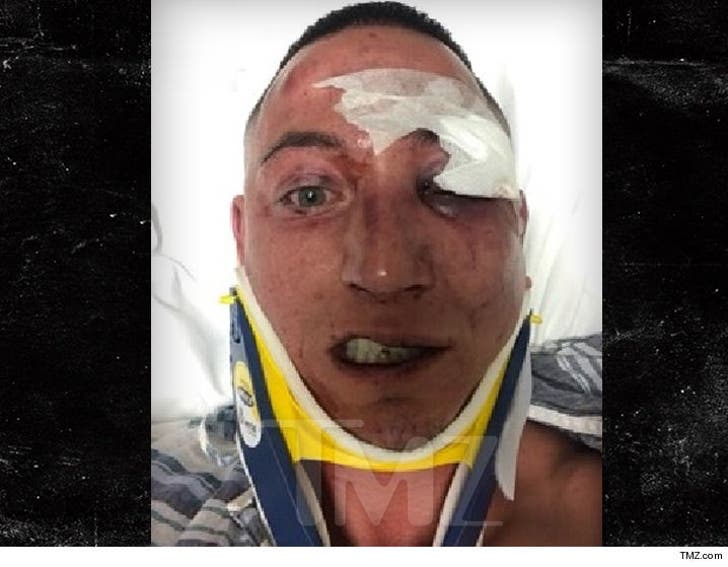 "American Idol" contestant Haley Reinhart's friend suffered horrendous injuries the night she was arrested after a bar bouncer put him in a choke hold and allegedly beat him.

TMZ broke the story, Haley was arrested for allegedly punching the security guard in the face, but she says she was just trying to get the bouncer to release what she thought was a death grip.

Haley's friend, Alan Chislof, suffered a concussion, facial laceration near his right temple, a bad cut above his left eye, facial bruising and hematoma. The choke hold caused blood to flow to his eyes and he looks like he went 5 rounds with Mayweather. He says he's coughing up blood and complaining of chest pain.

We also got video of the confrontation, and gotta say ... it seems to support Haley's version of events. 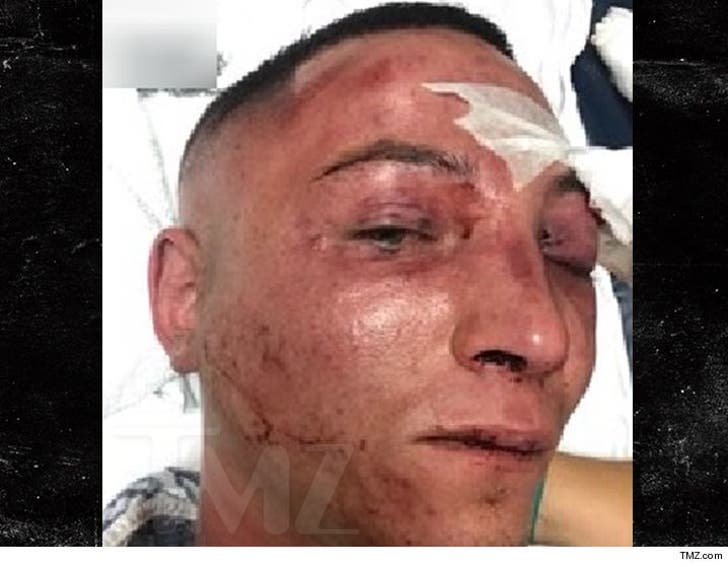 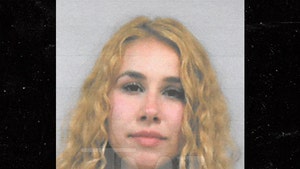 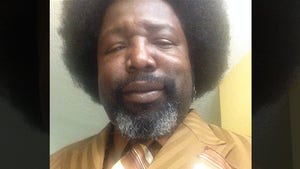