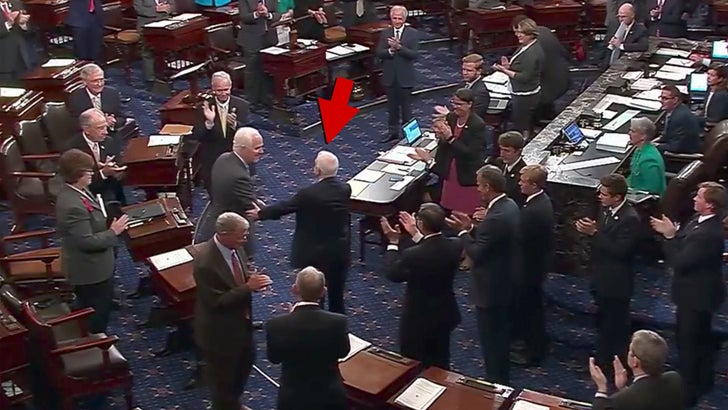 Senator John McCain got a standing O on Capitol Hill Tuesday as he returned to vote on a health care bill that would start the process of repealing Obamacare ... this after being diagnosed with brain cancer.

McCain flew into D.C. Tuesday just to vote on the controversial health bill -- which ended up passing with the help of his vote -- following his brain cancer diagnosis last week. As we reported ... he had a blood clot removed that tested positive for glioblastoma, and was resting from the procedure.

McCain put the vote for the bill at 50-50, meaning Vice President Mike Pence had to issue the tie-breaking vote ... and he pushed to move it forward.

Politics as usual on the Hill ... but everyone seems unanimous here in honoring McCain. 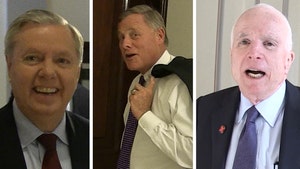 U.S. Senate Pulls a Kanye West On Media, Don't Talk to Us in the Capitol 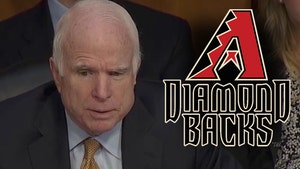