Venus Williams accelerated from 0 to almost 20 MPH in about 4 seconds as she pulled through the intersection where she had a fatal accident ... according to the attorney for the victims' family.

Michael Steinger, who reps the estate of Jerome Barson﻿ -- the man who died -- tells TMZ Sports his team obtained the black box data Tuesday from Venus' SUV. He says it shows she was traveling at 19.9 MPH when Jerome and his wife T-boned her.

He also says the numbers show Venus got up to that speed in 4.2 seconds. His take on the data -- Venus probably "looked up, saw the red light and gunned it."

Remember, the surveillance video shows Venus start into the intersection, but stop to allow another vehicle to turn left in front of her. Up to now, we only knew Venus told cops she was doing about 5 MPH as she started into the intersection. The police report also put the Barson's Hyundai at 25 MPH.

If, as Steinger says, Venus was doing 20 MPH after the light had changed, the obvious question becomes -- was she reckless in her attempt to clear the intersection?

As we reported ... the estate disputes Venus' claim at least one person in the Barson's car was not wearing a seat belt ... saying the vehicle data proves it. 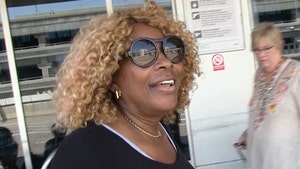 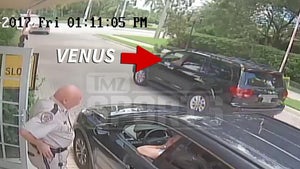