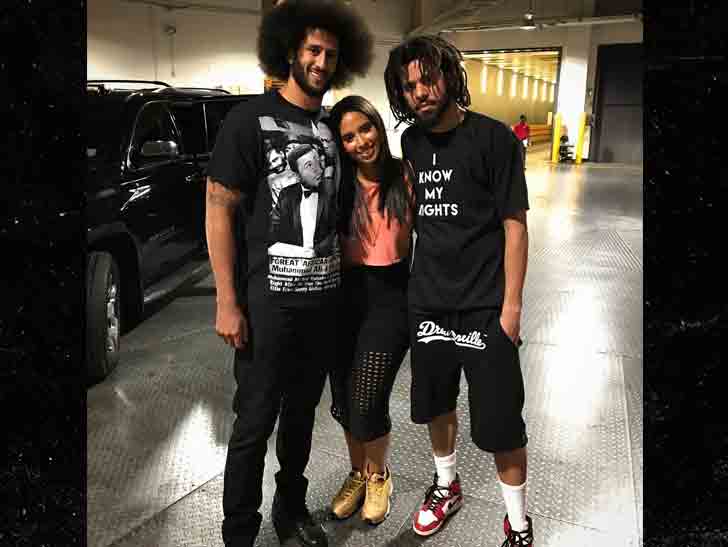 Colin Kaepernick just got another HUGE star to back his 'Know Your Rights' campaign ... rap superstar J. Cole, who was hanging with the free agent QB, showing his support.

The NFL might be cool on Kaep at the moment, but the celebrity world certainly isn't ... huge stars like Chris Brown, Charlamagne Tha God and John Legend are backin' C.K.

Colin's girlfriend -- Hot 97 star DJ, Nessa -- posted a picture with Cole, Kaep, and herself on Instagram, with the Dreamville rapper rocking one of Colin's "I Know My Rights Shirts."

The shirt is part of Colin's campaign to educate youth on their rights ... empowering them as American citizens.

It's clear J. Cole is down with the movement ... and in the photo caption Nessa says an "inspirational" conversation was had between the 2 stars.

Wonder if J. Cole took a poll from his fans beforehand? 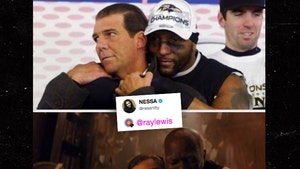 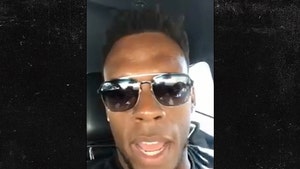