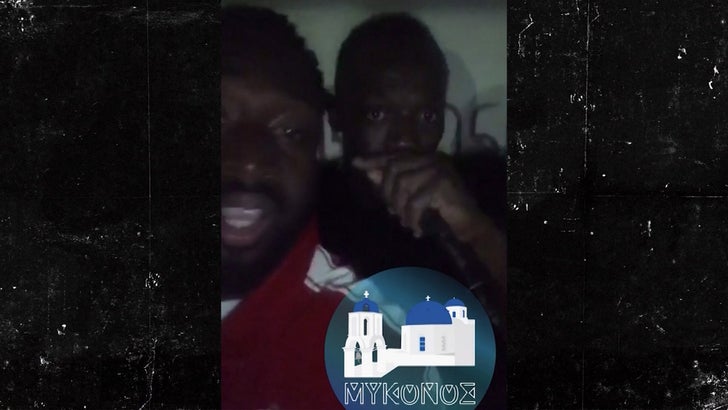 Usain Bolt and Dwyane Wade went all the way back to '98 at a nightclub in Greece Tuesday night -- grabbing the mic and busting out DMX's legendary "Ruff Ryders' Anthem" ... and it was AWESOME!

D-Wade's in Mykonos for an anniversary trip -- no word on why Bolt's there -- but they met up behind the DJ booth in a Mykonos nightclub and partied like they were old friends.

We're sure DMX woulda loved to have been there too ... if he wasn't on house arrest.