Dana White says he REALLY hopes Jon Jones' positive drug test is a mistake and he'll be exonerated by the B sample ... but he says that's "highly unlikely."

White appeared on the "TMZ Sports" TV show (airs weeknights on FS1) and said he still hasn't personally spoken with Jones since he learned the UFC superstar tested positive for steroids.

White said he was disappointed in Jones -- since the guy is so insanely gifted, he doesn't need banned substances to dominate in the UFC.

So, is Jones' fighting career finished? White explains why a comeback is damn near impossible. 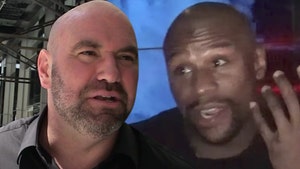 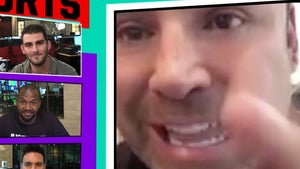