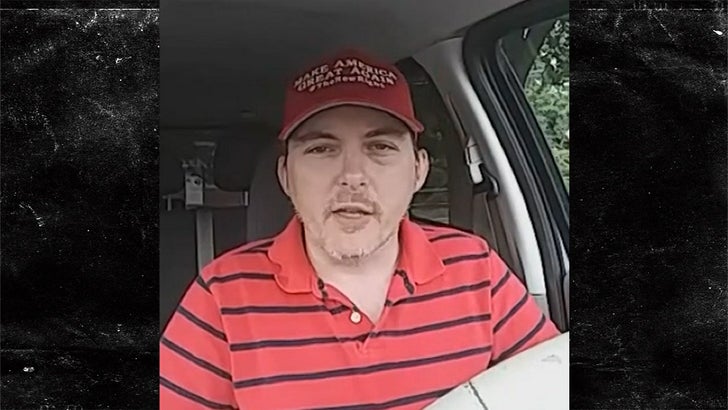 The president of "Gays for Trump" believes Trump and his team allowed the bizarre black guy to sit behind him because they liked the message on his t-shirt and sign but never dug further.

Peter Boykin -- who runs the pro-Trump LGBT group -- essentially says, "What's a President to do?" You see a cool tee and you run with it.

Here's the problem ... had Trump's people simply logged on to Blacksfortrump2020.com (which was written on the damn sign), they would have seen all the craziness ... comparing Cherokees to the KKK, calling Oprah the devil, and putting Hillary and ISIS in the same boat.

Boykin says he's met the "Blacks for Trump" dude, Maurice Symonette, and says he's a good guy. BTW, we found out he was tried but acquitted of conspiracy to commit murder back in the '90s.

Boykin has nearly 70,000 Twitter followers, though it's unclear how many are members of "Gays for Trump." 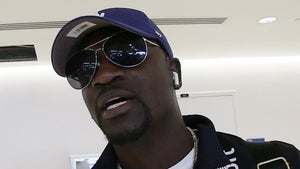 Akon Says the 'Blacks for Trump' Guy is a Sellout, Just Like Other Republicans 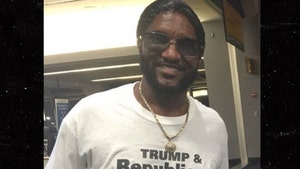