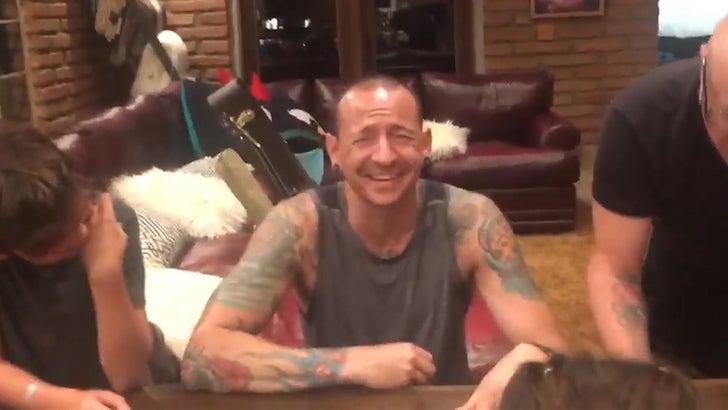 Chester Bennington appeared happy and engaged with his own family less than 2 days before his hanging suicide ... based on a video his widow shared.

Talinda Bennington posted a video of Chester hanging out with one of his sons eating jelly beans ... she says it was shot just 36 hours before his death.

She captioned the vid saying "This is what depression looked like to us just 36 hrs b4 his death. He loved us SO much & we loved him."

We broke the story ... Chester committed suicide by hanging in July ... much like his good friend and fellow musician Chris Cornell did just a couple months before.

Talinda seems to be making a point here -- even though Chester might have been deeply depressed ... he was able to mask it well enough around those closest to him. She's already taken steps to prevent copycat cases by putting together an org to help fight suicide. 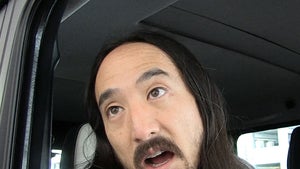 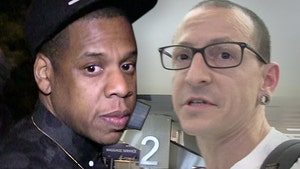