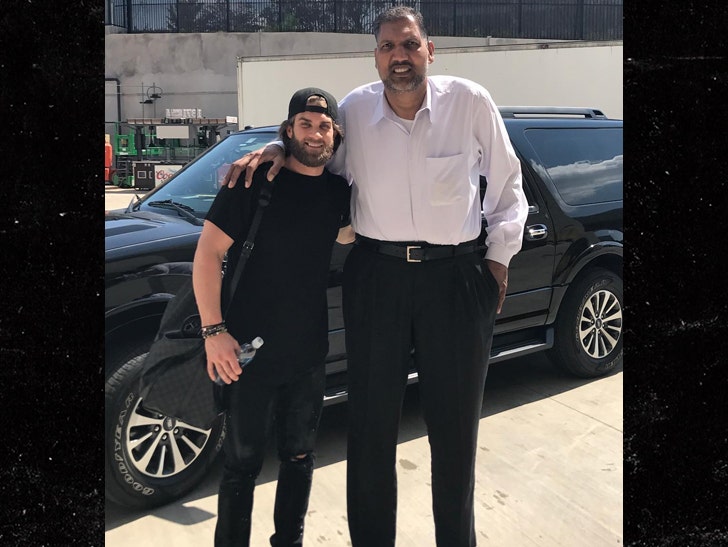 Bryce Harper's one of baseball's most built dudes at 6'3'', 230 pounds ... but you wouldn't know it in this pic he just shared with his MASSIVE uber driver.

Of course, that's not just any driver ... that's Aurangzeb Khan ... an 8-foot cabbie that bills himself as the "World's Tallest Man."

Khan actually ain't THE tallest guy on the planet (we did some digging) ... but he's up there. Just look at the size of his paw on Bryce's shoulder!

Harper was waaay stoked to get matched with the real-life giant ... cheesin' hard on his way to Atlanta's SunTrust Park. 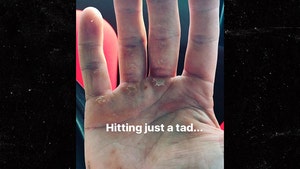 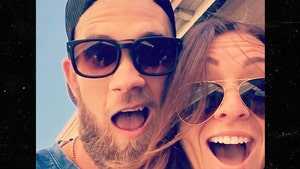