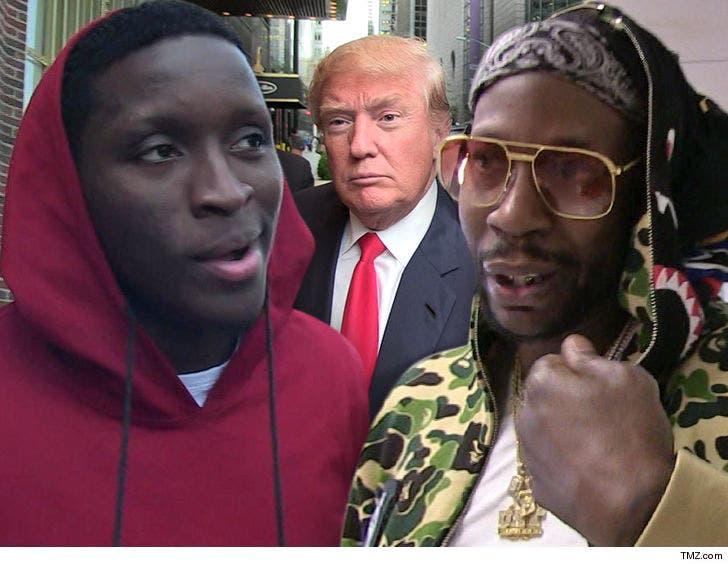 2 Chainz is calling for people to "pledge allegiance on one knee" -- in a direct response to Donald Trump ... and it's all part of a new song with NBA star Victor Oladipo.

The Indiana Pacers star just dropped his 2nd single called "Rope a Dope" (dude can really sing) -- and it features a rap verse from Tity Boi himself.

A rep tells TMZ Sports the song "serves as a response to President Donald Trump's attack on athletes who have been kneeling during the National Anthem."

"I wanted to address what was going on and bring awareness to it, but in a positive manner,"Oladipo says.

"We need to come together as a country to deal with these problems. We aren't going to solve anything unless we're united."