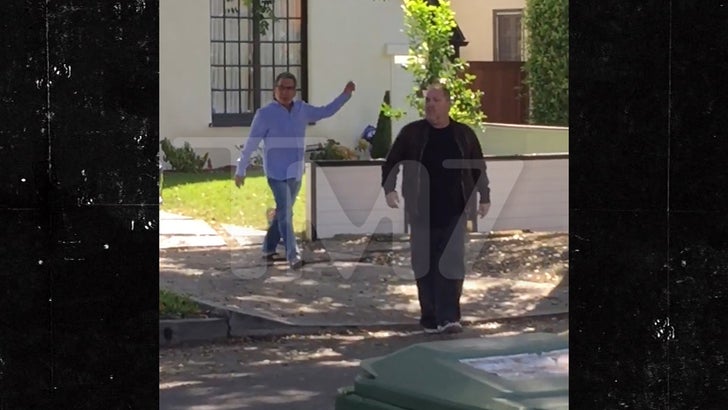 According to law enforcement, Weinstein was at his 22-year-old daughter Remy's place when their argument spilled out onto the street. We're told Harvey yelled to her, "You're making it worse" ... and then flagged down a random vehicle driving past, begging for a ride.

We're told Remy convinced her father to go back in the house, and shortly thereafter -- around 10:30 AM -- LAPD and her alarm company showed up.

Law enforcement sources confirm officers responded to a call from Remy, who said her father was "suicidal and depressed." When they arrived ... Harvey had already left the home.

We're told when officers arrived Remy told them no suicidal statements were made, and it was purely a family dispute.

As of now, we're told Weinstein is still in L.A., but planning to fly out of town -- possibly to a rehab center -- before day's end.

Harvey Weinstein You Might Want to Rethink Crime Exclusive