Powerful men in Hollywood have been preying on women because that's how lots of men are built ... so says "Law & Order" titan Dick Wolf.

We got Dick leaving Craig's Thursday night and he's not a bit surprised at the Harvey Weinstein scandal ... he says things like this have been going on in Hollywood for a century.

As for how to stop it ... Dick sounds pessimistic -- he thinks it kind of a DNA thing.

We're thinking ... depending on how it plays out, this would be an interesting encore to the 'Law and Order' Menendez trial. 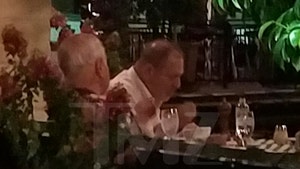