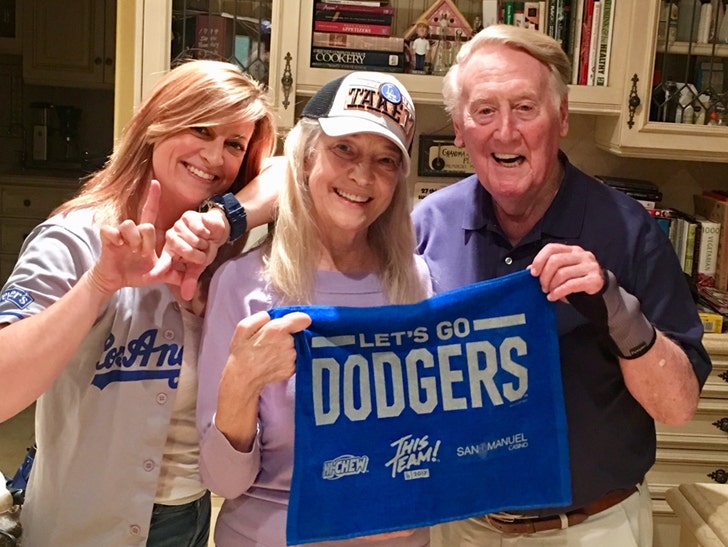 It would be awesome if it happened ... but the Dodgers tell TMZ Sports ... Vin Scully will NOT be firing up his legendary microphone for a World Series cameo.

The greatest Dodgers broadcaster of all time retired last year -- but many are holding out hope he will come back to work to call an inning or two now that the Blue Crew is playing in the WS.

But unfortunately, it ain't gonna happen.

We spoke with Dodgers exec. Vice President and Chief Marketing Officer Lon Rosen who tells us, "Neither Vin Scully nor Sandy Koufax will be returning to action for the World Series. They will be enjoying the Dodgers like all the rest of our great fans."

Scully watched the Dodgers clinch the NLCS from the couch with his wife and daughter -- and they were so excited, they tweeted out a celebratory pic!

Early Friday morning, Vin emailed with L.A. Daily News reporter Tom Hoffarth about the possibility of a World Series broadcast booth cameo and said, "I honestly don’t feel I belong there and I would not want anyone to think I was eager for a spotlight."

We reached out to Vin's daughter Cat who tells us Vin's "really enthused" about the Dodgers making the World Series and is considering going to at least 1 game ... but as of now, there's "nothing percolating" about a comeback. 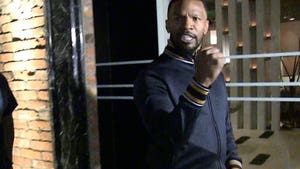 Jamie Foxx: How Bout Them Dodgers!? 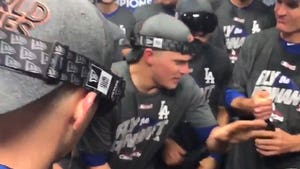