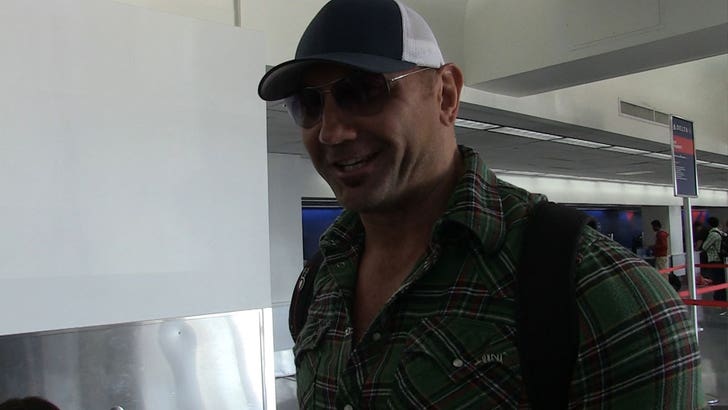 Dave Bautista is a liberal kind of guy ... who likes his guns.

We got the wrestler-turned-big actor at LAX Saturday where he told our photog he's a big second amendment guy, with limits. He thinks it's insane bump stocks are not illegal.

He throws some serious shade on O.J. Simpson -- who has said he's moving to Bautista's home state of Florida -- saying he'd decline an invite to share a beer with him. He also uses O.J. as a reason why it's important for people to bare arms.