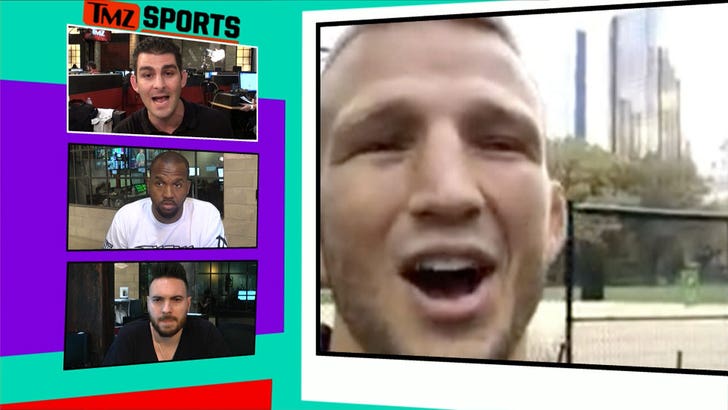 T.J. Dillashaw says there's NO WAY Cody Garbrandt gets an immediate rematch after their war at UFC 217 -- saying "No Love" has to get in line ... behind Demetrious Johnson!

The UFC bantamweight champ joined the guys on the "TMZ Sports" TV show (airs tonight on FS1) -- and told us there's already movement to make a super-fight with Mighty Mouse.

As for Cody, check out the full interview on FS1 tonight to hear Dillashaw spill the beans on what he said to Garbrandt in the ring in the moments after the fight ... and why he thinks his rival doesn't deserve another title shot any time soon. 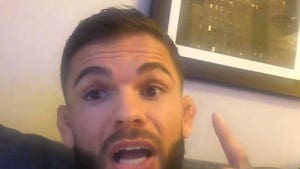