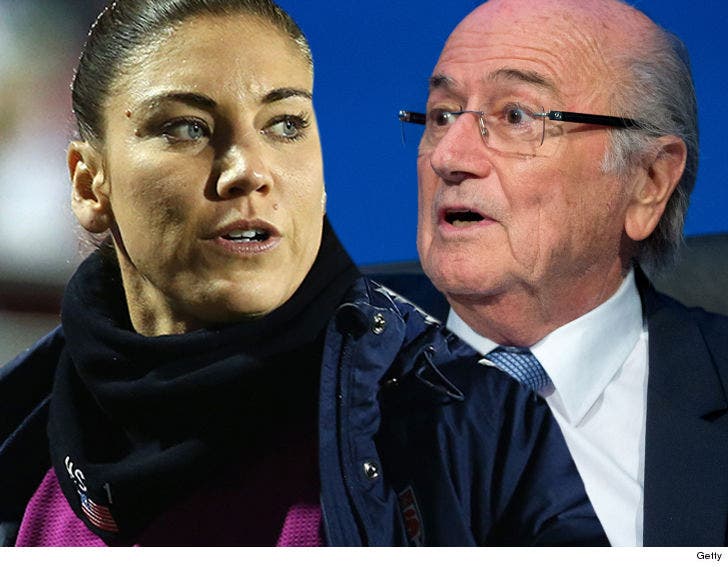 Hope Solo's adding her name to the mounting list of women alleging sexual assault at the hands of powerful men ... and she points the finger at former FIFA president, Sepp Blatter.

The USWNT star revealed the alleged incident in an interview with the Portuguese newspaper, Expresso, in which she alleges Blatter "grabbed my ass" right before presenting an award to Abby Wambach at the Ballon d'Or awards ceremony in January 2013.

Blatter -- forced to step down and banned by FIFA amid a corruption scandal -- flatly denied the claim, and through his spokesman told Expresso, "This allegation is ridiculous."

The news comes on the heels of another Team USA star alleging sexual abuse.