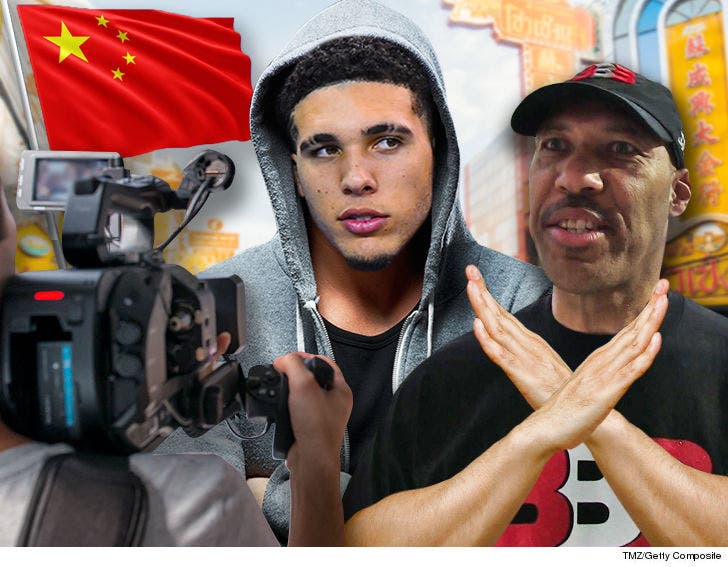 The LiAngelo Ball shoplifting arrest was NOT captured by the family's reality TV crew -- and now producers are debating whether to even cover the arrest on the show at all, TMZ Sports has learned.

"Ball in the Family" producers initially sent cameras to China to document the family as they support LiAngelo during his first game with the UCLA basketball team. LaVar and LaMelo were also on the trip. It was supposed to be the usual zany Ball family drama.

But we're told LiAngelo's trip to the Louis Vuitton store was NOT on the production schedule -- and there was no crew in tow when he (and two teammates) allegedly jacked expensive sunglasses.

We're told the subsequent police raid on the team hotel -- which resulted in LiAngelo's arrest -- was also NOT captured by the reality show cameras.

Instead, the TV crew followed LaVar and the rest of the family on several China outings -- from sightseeing to shoe promotions.

Here's the problem ... LaVar has already reportedly gotten LiAngelo in deeper trouble by publicly downplaying the incident. He was reportedly told to shut his mouth and keep a low profile on the matter until the legal issue is resolved.

So, to shoot ... or not to shoot? That is the question for the reality show.

Obviously, producers know covering LiAngelo while he's being investigated would be reality gold -- but it could also send the wrong message to Chinese officials that he's not taking the matter seriously.

One "Ball in the Family" source says show honchos are still trying to come up with a plan -- "It's too early to say how, or if, the incident will be covered in the show."

If LiAngelo is convicted, he could face up to 10 years in prison -- or as little as 20 days under house arrest in the team's luxury hotel. 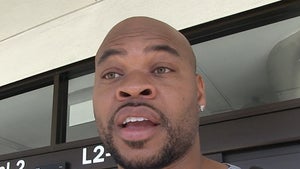 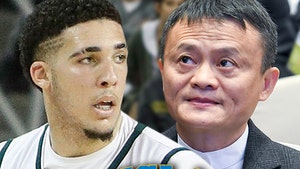