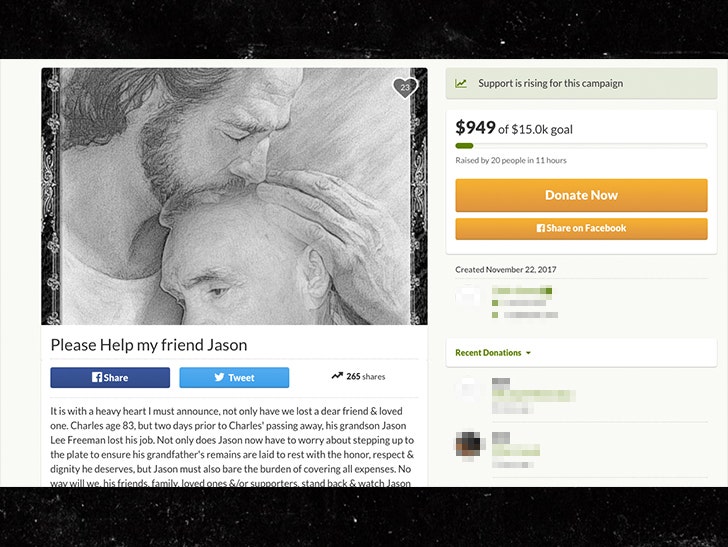 Some dude has started a GoFundMe account to pay for Charles Manson's funeral expenses ... and some people actually bit.

We don't know who the guy is, but he's raised $949. He tells a sob story to get some measure of sympathy and shockingly, it seemed to have worked.

TMZ broke the story ... if no one claims the body within 10 days of Manson's death, his remains will be cremated and any expenses incurred in the cremation will be taken from Manson's assets. 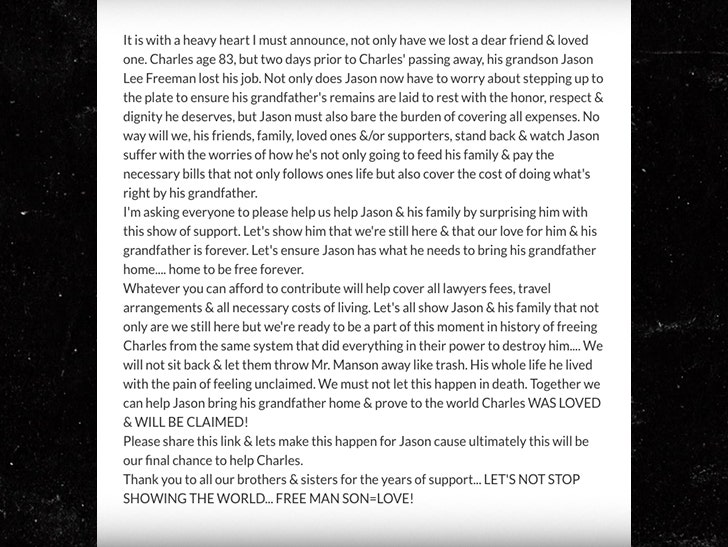 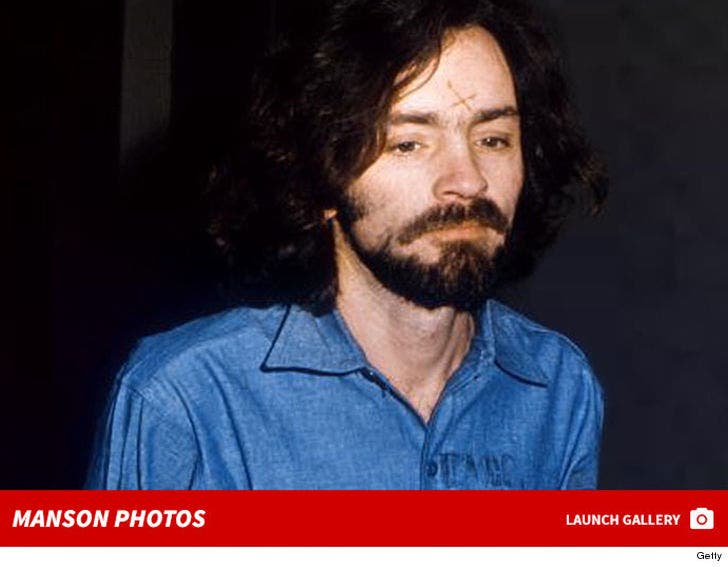