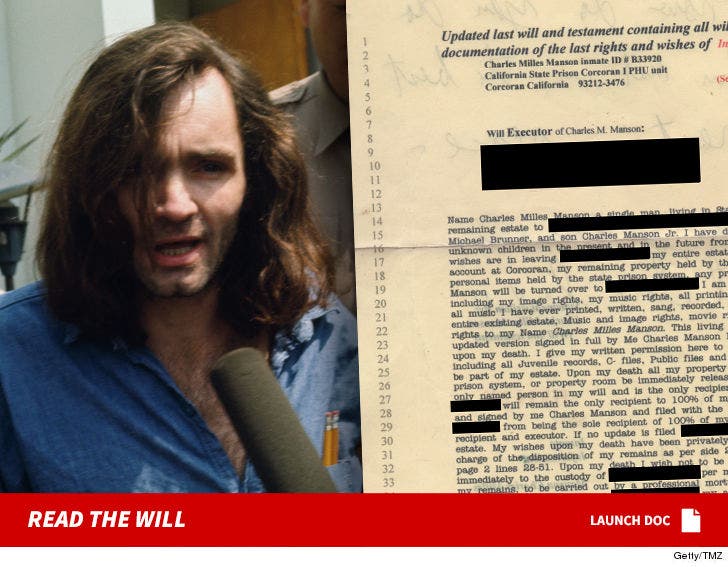 Charles Manson left his estate to a pen pal ... and what the murderer left behind may actually be valuable.

The pen pal -- he asked us not to use his name -- began writing Manson in the '90s and the 2 exchanged letters and phone calls for 2 decades. The man even visited Manson in prison from time to time.

We obtained a copy of a crudely written will which we're told was drafted by Manson. It's typed but there's handwriting on the document. We checked the handwriting in the will against Manson's known handwriting, and they appear very similar. Check out the comparison. 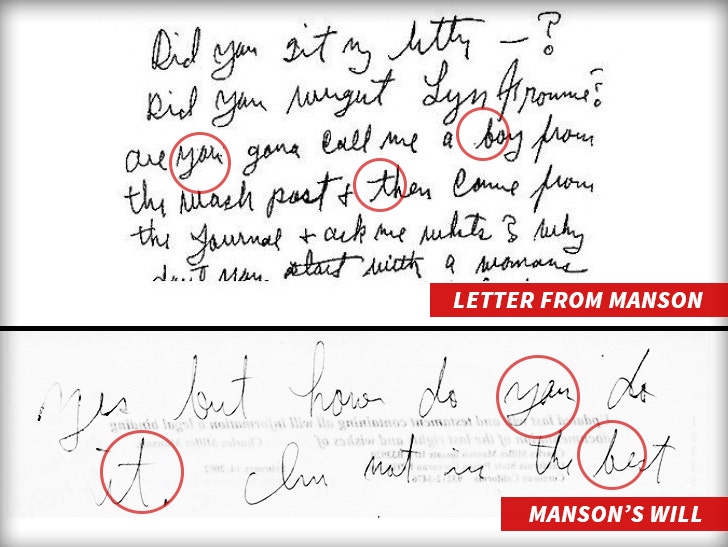 The will -- dated February 14, 2002 -- leaves all of Manson's personal belongings, including cash, image rights and clothing to Manson's pen pal. More significantly, Manson leaves his "exclusive music catalog" to the guy. Manson fancied himself as a songwriter and even wrote a Beach Boys song the group recorded.

The will says Manson's body should be turned over to his pen pal. He says he will claim the body, but as we reported, if he doesn't do it within 10 days of Manson's death, the prison will cremate him.

The man tells us he began writing Manson in the '90s out of curiosity, and after more than 50 letters with no reply ... Manson finally wrote back in 1997. He claims the 2 struck up a friendship through letters and eventually phone calls, and he met Manson in person for the first time in 2002 ... the same year Manson drafted the will.

He claims he visited with Manson several times after that and got his last phone call from him on October 21 ... just weeks before his death.

The 2002 will includes a handwritten note from Manson, saying ... "I'm not in the best spot to rest in peace" along with his signature. We're told the witness signature is that of a fellow inmate. 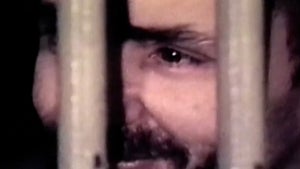 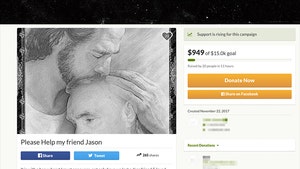 Charles Manson Gets GoFundMe Account for Funeral and Burial Expenses