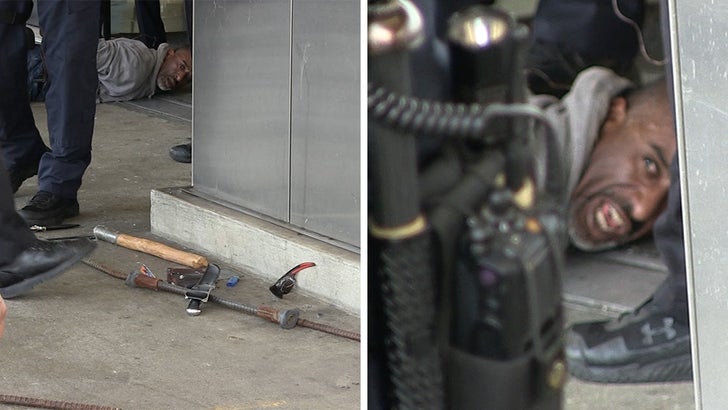 Samuel L. Jackson's name was invoked during a crazy arrest at LAX this weekend, where cops say weapons were found on a guy claiming SLJ's his uncle.

An unidentified man got busted at the airport Sunday for carrying what police say were multiple weapons, including knives, a long piece of rebar and a handful of tools.

During the arrest, you can hear him say, "My uncle's Samuel Jackson. Samuel L. Jackson!" It's unclear what, if any, relation the actor might have been to him.

Law enforcement sources tell us police were alerted to a suspicious man hanging around the airport with a bow and arrow. When cops approached, we're told he booked it which set off a brief chase ... which ended when cops tazed him and took him down.

The man was taken to a hospital by ambulance, apparently having suffered injuries during the arrest. He was booked for possession of a dagger and resisting arrest.

As for Samuel ... he's probably tired of these motherf****** mentions.