"Shahs of Sunset" star Golnesa 'GG' Gharachedaghi believes her estranged husband is out to get her -- literally and figuratively -- and is asking a judge to keep him away ... from her cats too.

GG filed docs alleging Shalom Yeroushalmi has been harassing her and her family for months with calls, emails and texts ... and has repeatedly gone to the press trying to sell stories about her. GG claims as recently as this month, Shalom contacted TMZ and E! News in an attempt to defame her.

According to the docs ... GG has also caught her ex lurking around her house about 5 times, including back in February when he prevented a food delivery guy from delivering her order by posing as security.

GG's asking for an order to keep Shalom 50 yards away from her, Romeo and Malaika (her 2 cats). She also wants Shalom prohibited from contacting press or any social media outlets to offer info on her or her family. A judge denied the request, but set a hearing for her to bring evidence showing a restraining order is necessary.

As we reported ... GG filed for divorce from Shalom after just 2 months of marriage, but he's putting up a legal fight over it. 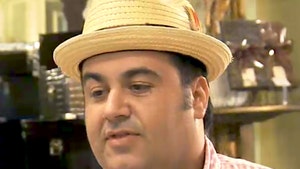 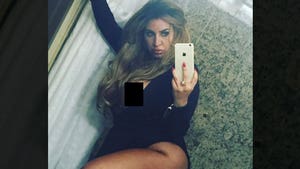 'Shahs of Sunset' Star -- My Nip Slip Selfie Was An Accident!!