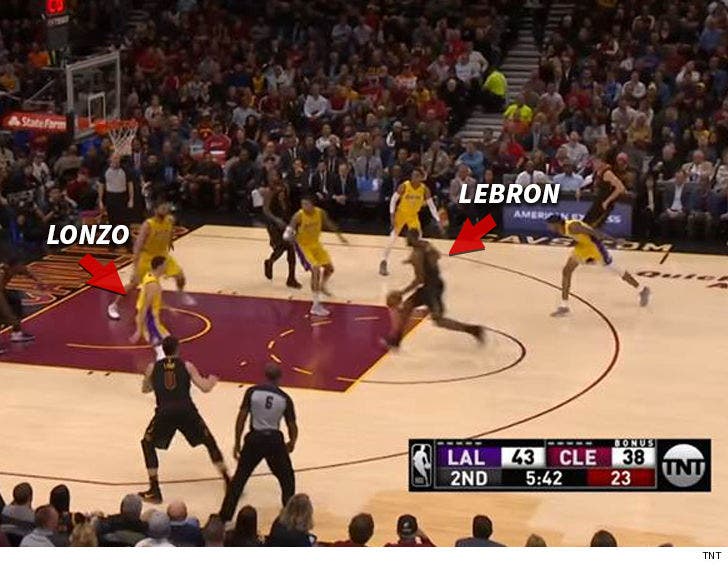 LeBron James might just be Nostradamus ... because he predicted Lonzo Ball would run from the wrath of a royal thunder dunk ... and in Thursday night's game, Ball did just that.

LBJ made the prognostication while visiting kids at the Cleveland Clinic (awesome guy) earlier this week when a brave young man named Andrew asked him to dunk on Lonzo.

"He might not be in my way! Once he sees I'm about to take off, he might move out the way."

Fast forward to the 2nd quarter of the Lakers vs. Cavs game on Thursday night -- 'Bron gets a pass from J.R. Smith and barrels towards the basket ... and this happens.

To be fair to Lonzo -- lets be real, he made a smart decision. 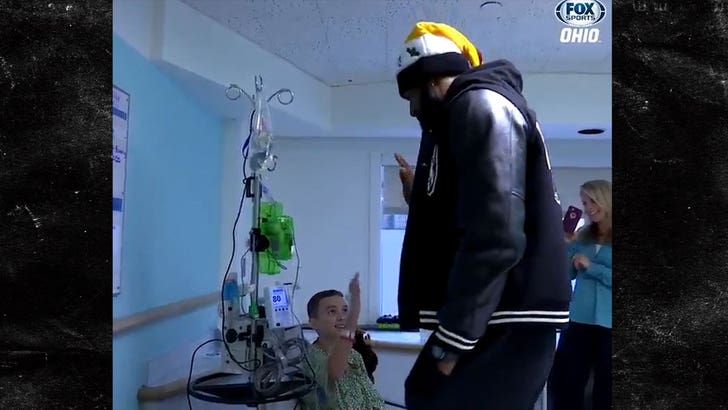