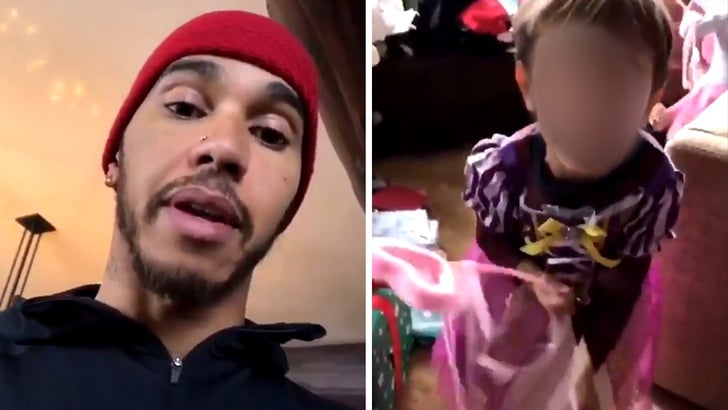 1:44 PM PT -- Lewis has apologized for his comment, saying he meant no harm and did not mean to offend anyone. He says he realizes it's wrong to marginalize or stereotype anyone, and asks for forgiveness in his lapse of judgment.

Yesterday I was playing around with my nephew and realised that my words were inappropriate so I removed the post. I meant no harm and did not mean to offend anyone at all. I love that my nephew feels free to express himself as we all should.

Lewis Hamilton is in some serious hot water after posting a video in which he seems to shame a grade school-aged male family member for wearing a princess dress.

The video -- which has since been deleted from his social media -- shows Hamilton admonishing the kid, asking him if he asked for the dress for Christmas, then finally shouting at him.

The kid seems gleeful about his outfit, but Lewis is visibly disappointed and tells the camera (and his millions of social media followers) all about it.

Since posting the vid, Hamilton has been getting absolutely DESTROYED on Twitter (where the clip is still being circulated) with people accusing him of bullying and humiliating his nephew in front of the world.

We've reached out to Hamilton's reps for a response, so far nothing back. 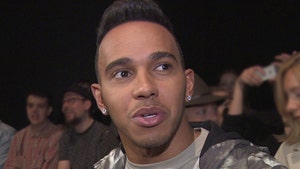 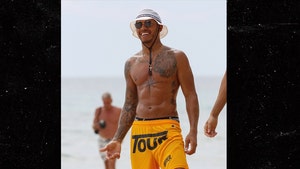