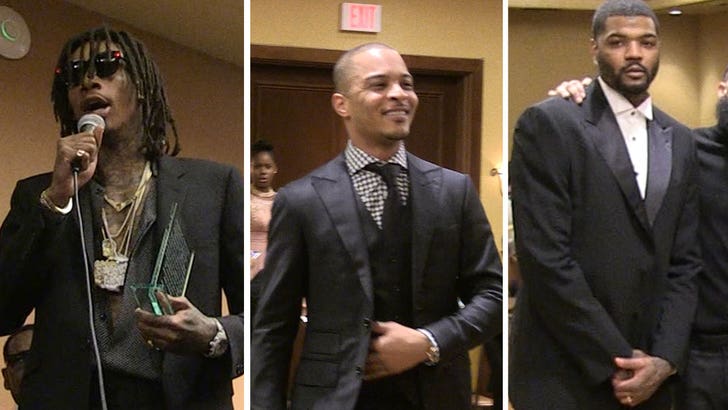 Wiz Khalifa, T.I. and Josh Smith ﻿have some shiny new hardware after an award ceremony where the nominees have way more impact on the public than your average Golden Globe winner.

The rappers and former NBA star attended the Developing Options Awards Banquet ... a Southern California event rolled out by its foundation's CEO, Eugene "Big U" Henley.

Wiz took home the "Epic Man of the Year Award" for his multiple donations -- totaling up to $100k -- to drive the foundation. T.I. scored the "University Iron Man" award for donating to Crenshaw High School's new football field. 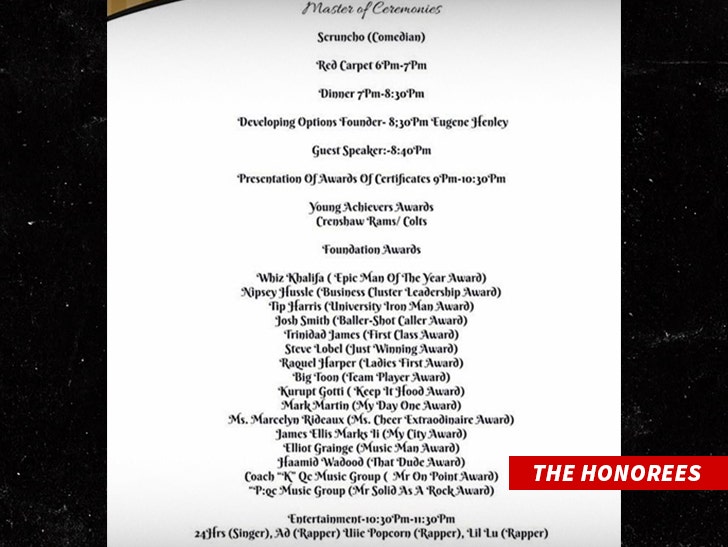 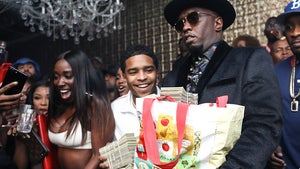