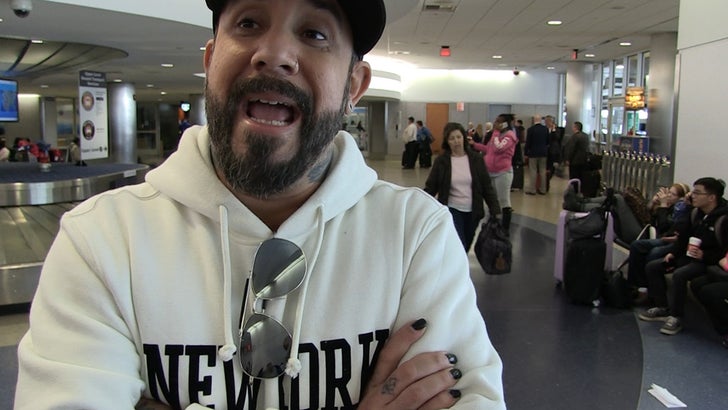 AJ McLean isn't even trying to hide it ... he's totally looking forward to getting his very first prostate exam, now that he's hit the big 4-OHHHH!

We got the Backstreet Boys singer Tuesday -- the day he actually crossed over -- and asked if he'd scheduled his first, y'know ... oil check, now that he's a man of a certain age.

AJ knows he needs to get it done -- probably sooner than later, it sounds like -- but the good news is he's excited about who's conducting the examination. He also reassured us his wife's on-board with another woman getting up in his business.