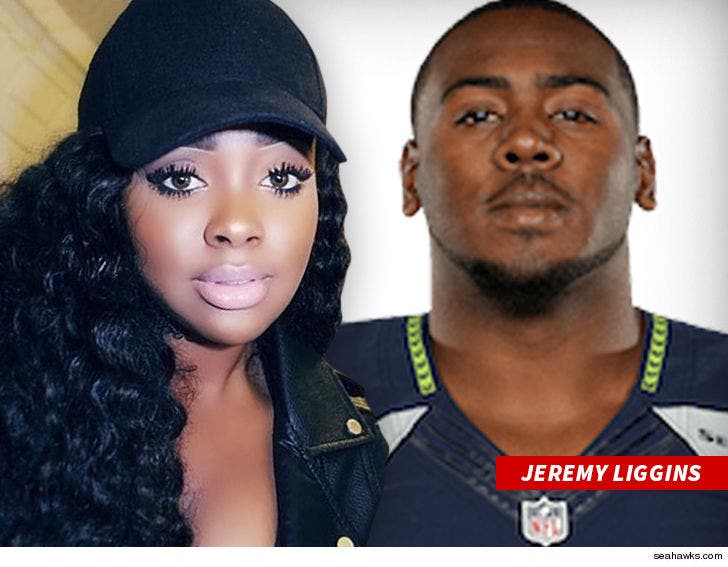 Jerry Rice's daughter, Jada, claims her NFL player ex-boyfriend, Jeremy Liggins, choked her during an argument at an Indiana hotel last month ... but he denies the accusation, TMZ Sports ﻿has learned.

According to the police report, Rice, 21, and Liggins -- a 24-year-old DT who was on the Colts at the time -- got into a verbal fight early in the morning on December 16 after a night of clubbing. Rice was upset about other women approaching Liggins throughout the night.

Rice claims she confronted Liggins around 2 AM and the argument turned physical ... with him shoving her. Rice says she then grabbed his gold chain, destroying it in the process.

In fear for her safety, Rice says she fled to the bathroom ... but Liggins followed, breaking down the door before grabbing her by her hair and dragging her into the bedroom.

Once in the bedroom, Rice claims Liggins choked her with one hand ... "causing her to have difficulty breathing."

Rice called her mom who then called cops.

At 5:38 AM, Indy PD arrived and checked out Rice -- who claimed her head and knee hurt -- but they didn't see any visible injuries.

The report says they also questioned Liggins at the main entrance to the hotel, who said "other than pushing Rice back with his arm to create distance, he did not assault Rice."

He also said it was actually he who went to the bathroom in an attempt to distance himself from Rice.

Indy PD made no arrests ... and tells us the investigation is closed. A rep for the Marion County Prosecutor's Office tells us "no criminal charges were pursued in that matter."

We spoke to Jada Rice, who told us, "I do not wish to comment on the incident at this time. I am utilizing this time to heal both mentally and physically. However, I do appreciate the amount of support I have received."

We also reached out to Jeremy Liggins ... so far, no word back. 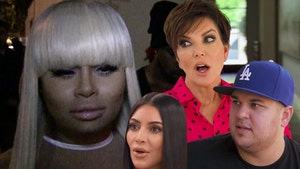 Blac Chyna Says Kardashians Are Using Their Power to Destroy Her