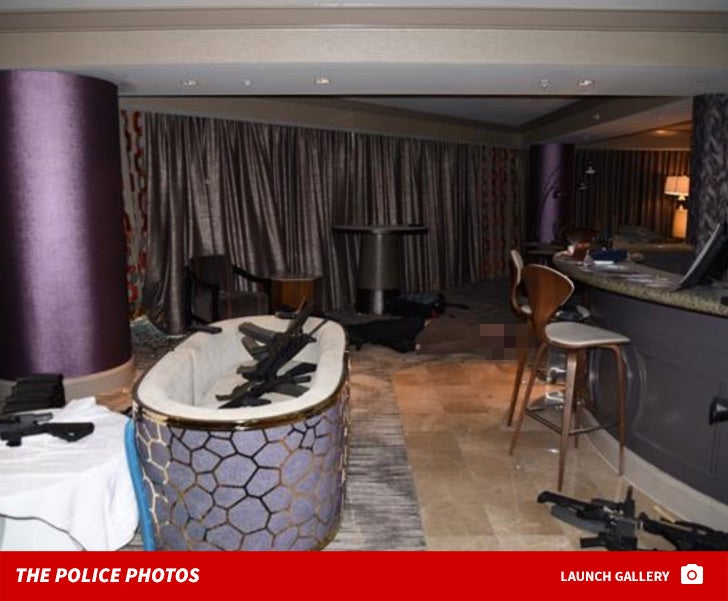 Las Vegas Police released new photos of mass murderer Stephen Paddock's room -- including of his dead body -- and they also show how he hid cameras, broke the window, and had countless guns and weapons.

The pics from the October 1 shooting reveal Paddock hid a camera in a food cart outside his hotel room, and also mounted one on the door's peephole ... confirming he was trying to keep an eye out for anyone trying to enter his room.

A close-up shot of the broken window through which Paddock shot his assault rifles is also included in the new photos, along with shots of guns and ammo strewn about his room.

As we reported ... 58 people were killed in the Mandalay Bay shooting. 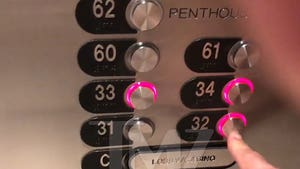