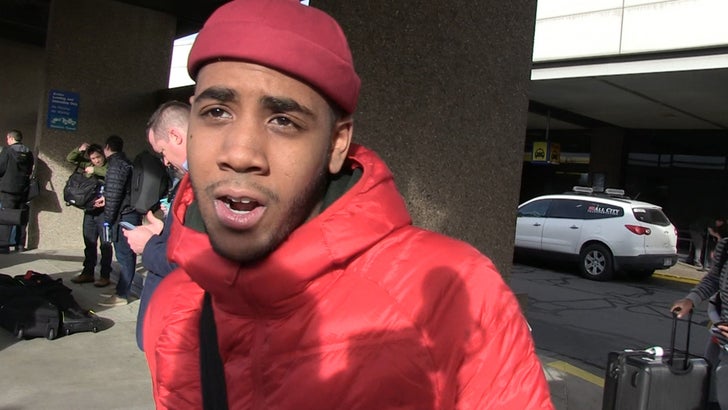 "Moonlight" star Jharrel Jerome﻿ is fearful ... in the world of Donald Trump, black-themed movies may not stand a chance at the Oscars.

We got Jharrel Thursday at Salt Lake City International Airport and he seemed disheartened at the chances of "Get Out" winning ANYTHING at the Oscars ... and it sounds like he blames it on Trump and the worsening racial tensions in the last year.

"Get Out" was shut out at the Golden Globes and he worries Jordan Peele's film may suffer in the current climate.

Our photog also asks whether nominating black-themed movies might be a ploy to pay lip service to the films with no intention of bestowing awards on them.