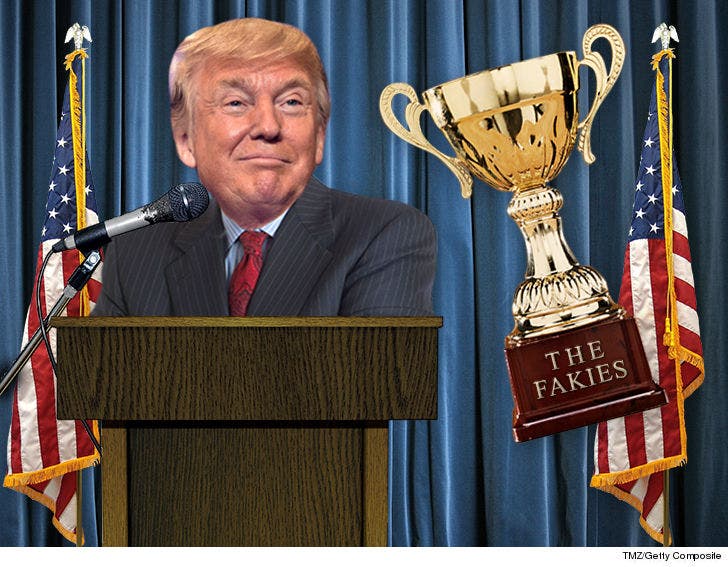 President Donald Trump came through on presenting "The Fakies" ... his 2017 Fake News Awards. He teased it up as "The Most Dishonest and Corrupt Media Awards of the Year" ... and here are the HUGE winners (losers?) in his words. No shocker, CNN took the most trophies.

- CNN FALSELY reported about Anthony Scaramucci's meeting with a Russian, but retracted it due to a "significant breakdown in process."

- CNN FALSLEY REPORTED that former FBI Director James Comey would dispute President Trump's claim that he was told he was not under investigation. 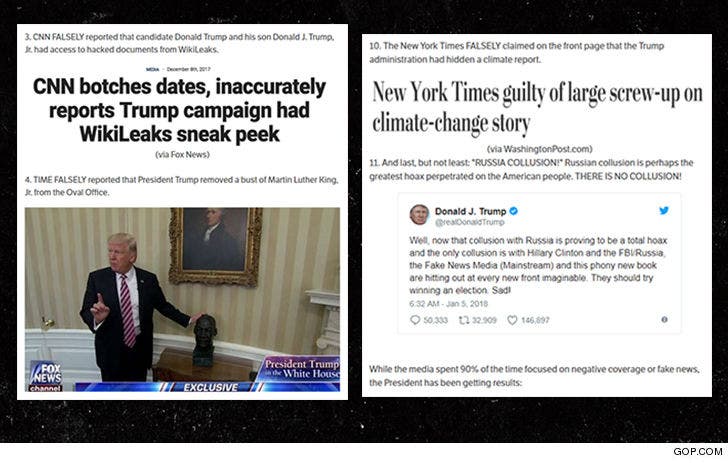 - The New York Times FALSELY claimed on the front page that the Trump administration had hidden a climate report.

- "RUSSIA COLLUSION!" Russian collusion is perhaps the greatest hoax perpetrated on the American people. THERE IS NO COLLUSION! 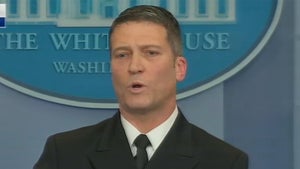