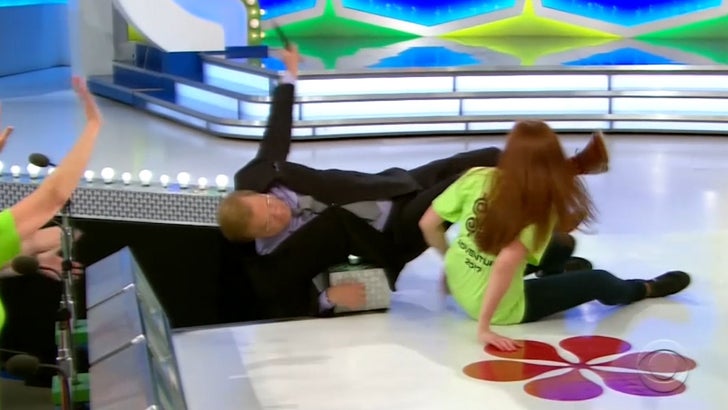 "The Price is Right" host might be nursing sore ribs after falling victim to a massive fail during Wednesday's show. A woman named Sona won the prelim round, and went HAM on Drew.

Luckily for the host, a light fixture kept him from toppling completely off the stage after the wild bear hug -- or this vid would be a lot less funny. Carey popped up like a true pro.

Sona was okay, too, and went on to win a treadmill and $2,000. Drew won bumps and bruises. 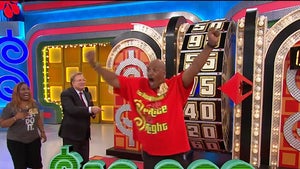 'Price is Right' Contestants Make $80k Worth of History!!! 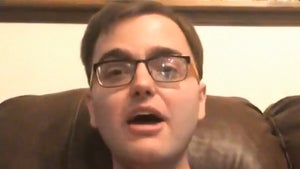