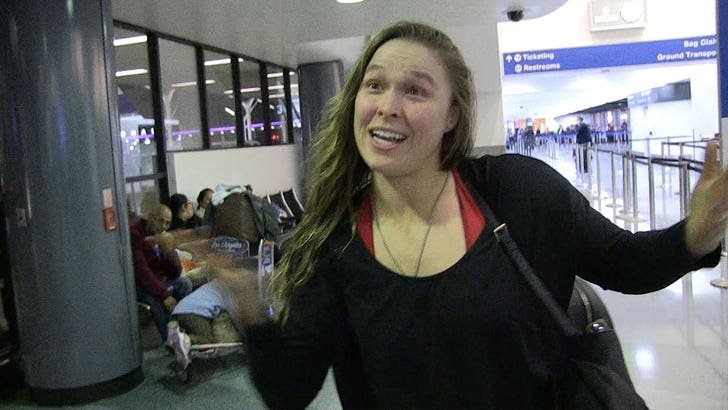 Ronda Rousey is slamming the door on rumors she'll make her official WWE debut at the Royal Rumble on Jan 28 -- telling TMZ Sports it'll be physically impossible ... 'cause she'll be out of the country!

"I'm actually leaving to Colombia right now to finish shooting 'Mile 22' and won't be back until mid February," Rousey says.

But the bigger issue ... Ronda says there is no official contract in place between her and WWE, despite a recent dinner meeting with high-ranking WWE exec Triple H.

Don't rule it out though ... Rousey seemed flattered by some recent smack talk from WWE Raw womens' champ Alexa Bliss.

So, what's Ronda's long-term career plans? She talked about that, too! 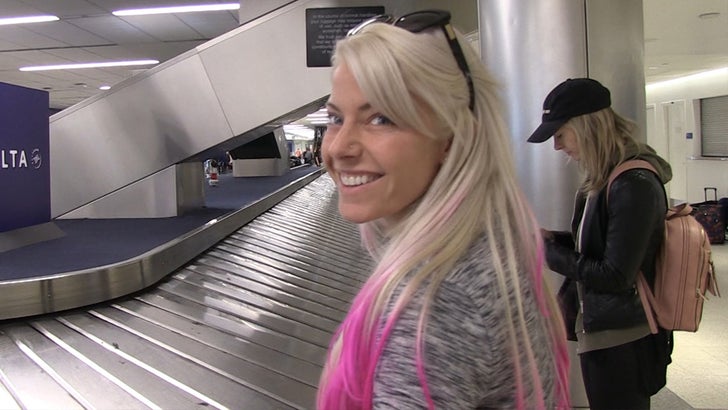 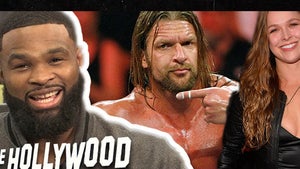 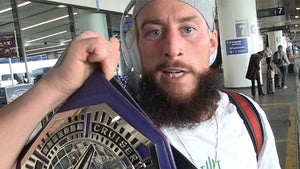