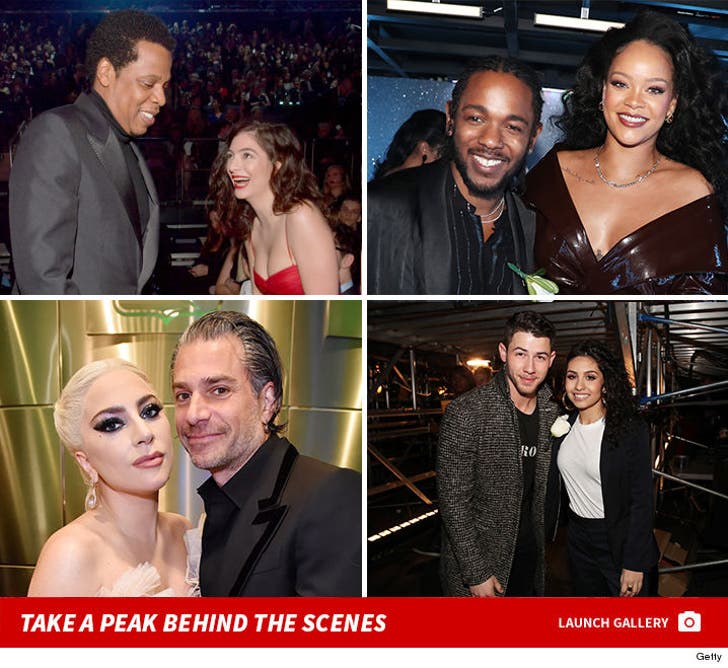 James Corden might've owned the spotlight on camera during the 2018 Grammy Awards ... but it was Jay-Z and Kendrick Lamar who were the real stars behind the scenes.

Tons of A-listers were seen paired off with the two hip-hop mega stars -- including Lady Gaga, Lorde, Jerry Seinfeld, Rihanna and even Cardi B. Makes sense ... these dudes were up for a lot of the biggest awards of the night -- who wouldn't wanna be in their company?

They weren't the only ones muggin' for the camera, though. Other musicians seen backstage and down in the seats were Nick Jonas, Sting, Luis Fonsi, Tony Bennett, Jamie Foxx and tons more.

Take a peek for yourself to check out the Jay and K.Dot showcase. 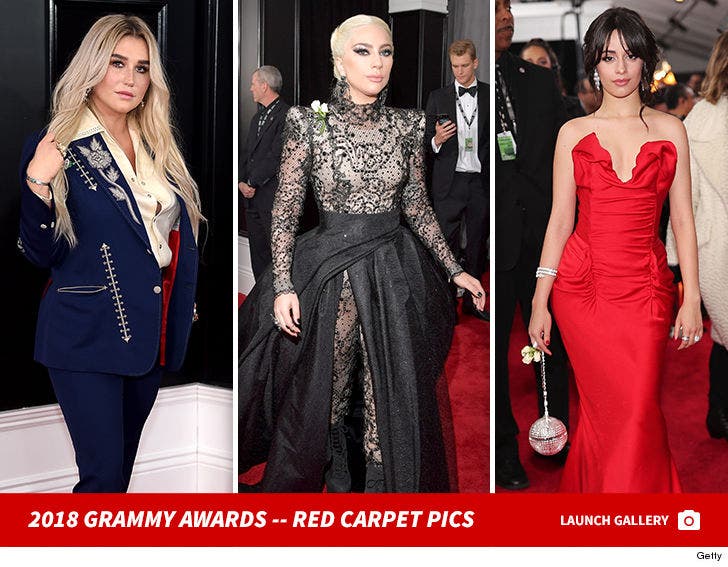