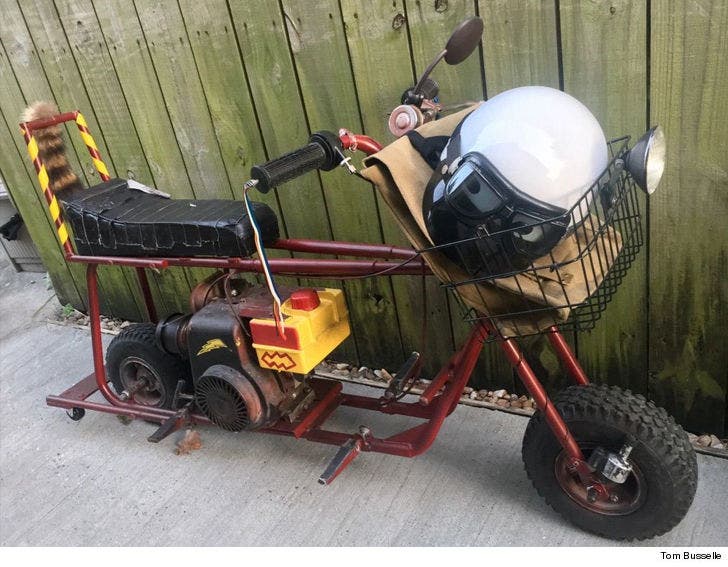 The mini bike from "Dumb and Dumber" -- which Lloyd and Harry rode all the way to Aspen -- is in good running order and looking for a new owner ... but ya can't just trade your Shaggin' Wagon for it.

This "hog" is one of 2 used in the classic 1994 comedy, and we're told it was featured in all the close-up riding scenes with Jim Carrey and Jeff Daniels. It was gifted to Gordie Merrick, the movie's transportation coordinator, who had it for about 20 years before the current owner acquired it.

The other bike was gifted to Planet Hollywood.

The Houston man who owns this mini bike says he spent over a year fixing it up and restoring it to the original condition, and now it's good to go. We're told he's selling it on eBay with the opening bid starting at $8,500, to make some extra dough because his kid is going off to college.

As an added bonus, the buyer of the bike also gets the helmet, bag and briefcase thrown in ... although those aren't film originals. It also includes a signed and notarized letter of authenticity.

The mini bike's up for grabs until February 18, and animals lovers will be happy to know -- 10 percent of the proceeds will go to the Best Friends Animal Society. 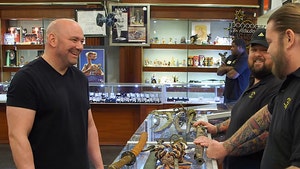 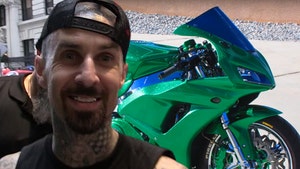