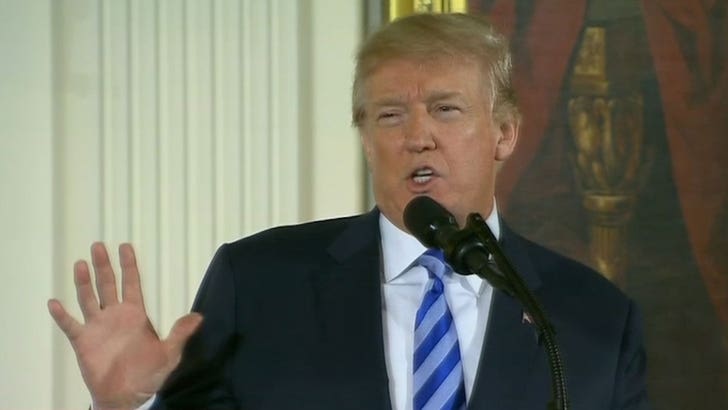 President Trump's doing something about gun control -- he says he's signed paperwork directing Jeff Sessions to get the ball rolling on banning "all devices that turn legal weapons into machine guns."

Trump says this process actually started after the Las Vegas massacre in October, when he told the Attorney General to look into whether the bump stocks used by Stephen Paddock were illegal under current law.

The Prez must have been encouraged by what Sessions reported back, because now -- in the wake of the Florida school shooting by Nikolas Cruz that left 17 people dead -- he's made a big move to propose regulations almost all gun control advocates support.

It's unclear what Sessions will do from here, but steps are clearly being taken to address the gun crisis.

However, don't count on the Florida State House to follow suit. Around the same time Trump made his announcement, state legislators voted down a measure to hear a bill banning assault rifles 71-36.