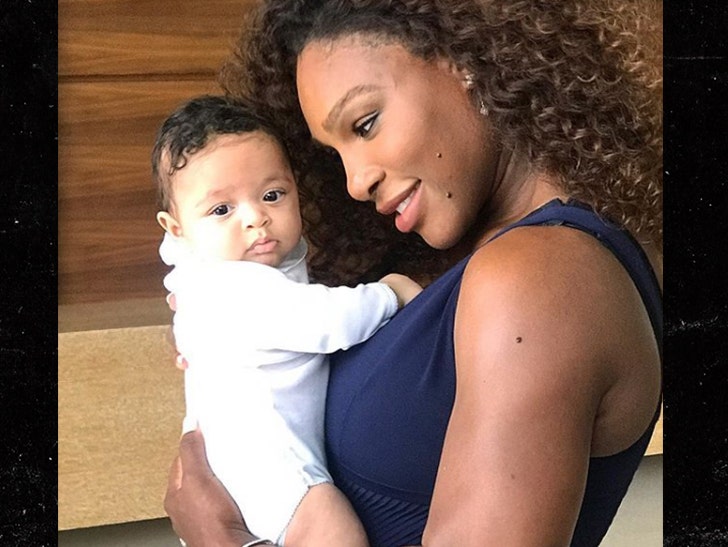 Serena Williams says she "almost died" after giving birth to her daughter, Alexis Olympia -- if not for a team of super doctors who removed a large hematoma from her abdomen.

The tennis star says her daughter was born by an emergency C-section on Sept. 1 after Olympia's heart rate plummeted during contractions.

The surgery went smoothly, Serena said on CNN.com ... "But what followed just 24 hours after giving birth were six days of uncertainty."

Williams says she suffered a pulmonary embolism -- which is when a blood clot blocks one or more arteries in her lungs.

Serena contacted medical professionals -- but the coughing from the embolism got so bad, her C-section wound popped open and she required another surgery.

"The doctors found a large hematoma, a swelling of clotted blood, in my abdomen. And then I returned to the operating room for a procedure that prevents clots from traveling to my lungs."

Serena eventually made it home and was ordered to spend the next 6 weeks in bed.

She credits the "incredible medical team of doctors and nurses at a hospital with state-of-the-art equipment" -- and urges people to support UNICEF, which provides medical services to mothers and babies around the world. 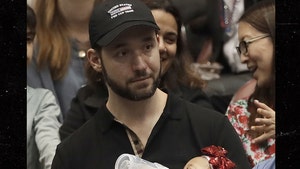 Serena's Hubby On Baby Duty at Fed Cup, Mommy Back to Work