Rapper Tekashi69 -- aka 6ix9ine -- and his crew got into a HUGE brawl at LAX that spilled out into the street ... as about 7 or 8 guys threw haymaker after haymaker.

The footage is insane ... Tekashi was about to walk into the terminal when someone started shouting and pointing at him. The 21-year-old rapper was urged to walk away by one of his guys, and when he did, the fists started flying.

Looks like one of 6ix9ine's friends threw the first punch, and then more people from both sides jumped into the melee. The NY rapper eventually joined his friends and the fight moved into the middle of the busy street.

Police raced to the scene and interviewed people on both sides. We're told no one wanted to press charges ... so everyone went on their merry way. 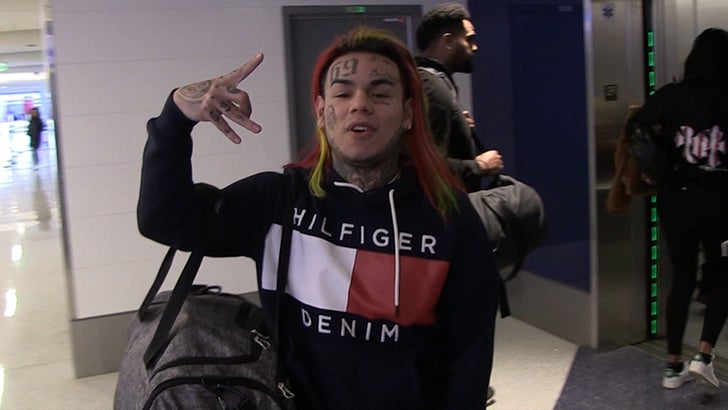 Interestingly enough, 6ix9ine posted a video last week calling out haters who warned him not to come to Los Angeles. He came anyway, and it looks like the haters delivered.

After the fight, he told us he claimed the attackers were just trying to make a name for themselves, but as he puts it, "I'm still smiling." 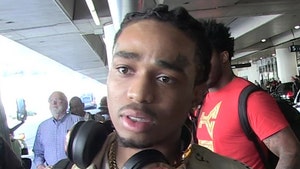