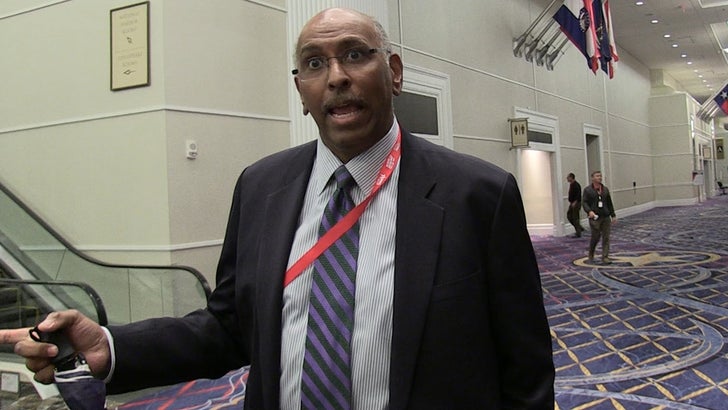 Former RNC Chairman Michael Steele actually likes one of President Trump's ideas, but that doesn't mean they're on the same page ... at all.

We got the popular Republican pundit at the Gaylord National Resort & Convention Center near D.C. Thursday and asked him about Trump's pitch to pay teachers a bonus to carry guns in schools ... he likes exactly half of that plan.

Steele tells us there should be absolutely no guns in the classroom, and sounds pretty miffed it's even being considered. As he puts it ... it's bad policy and "opens up a Pandora's box of problems this country just does not need."

Michael suggests there are better alternatives, and it's up to elected officials to start listening to the young people speaking out for gun control to make it happen. He also makes a good point about the NRA ... check it out.