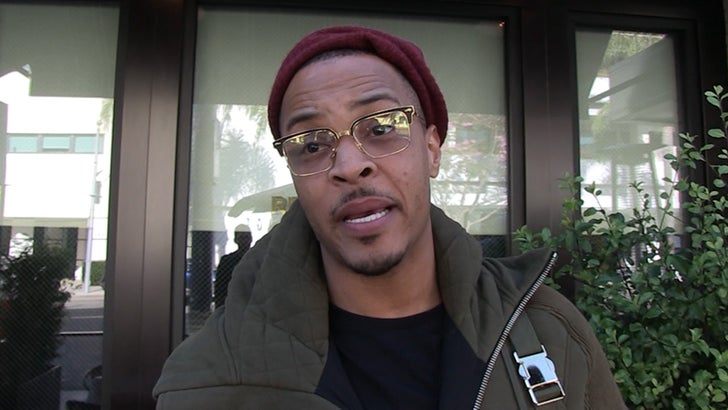 T.I. says it's time for the U.S.A. to reexamine its gun laws in the wake of the Florida shooting ... but he doesn't wanna lose his right to bear arms.

We got Tip Wednesday leaving The Palm in Bev Hills, where he weighed in on the gun control debate raging in the country right now. Somewhat surprisingly, he says he's for reform.

The rapper tells us it absolutely should be more difficult for unstable people to get their hands on a firearm, and that "not being a felon isn't enough" anymore. At the same time ... he fears messing with the 2nd Amendment could lead to "enslavement" by Uncle Sam.

You gotta hear his take here, which is interesting considering T.I. himself did prison time on federal gun charges. Also, check out how he feels about banning automatics.