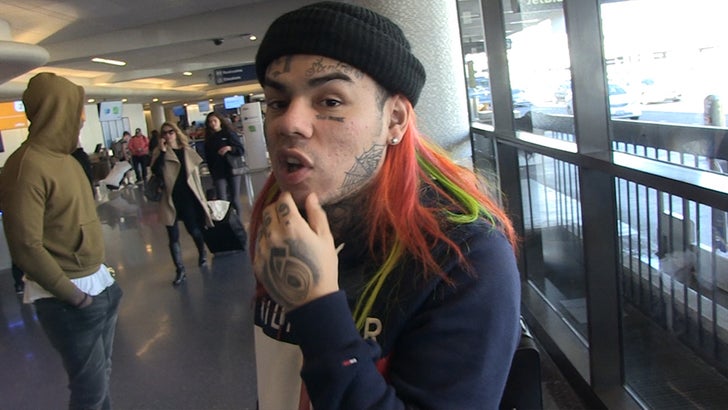 Tekashi69 -- also known as 6ix9ine -- was dishing on some burning issues like gun control and projections of violence in rap ... just minutes before he and his crew threw down at LAX.

We got the Brooklyn MC Wednesday at LAX prior to his epic fight -- and he had some insights into guns and how they play into hip-hop.

It's interesting -- he explains why rappers flashing pieces isn't necessarily an endorsement of violence. Speaking of which ... he got caught up in some violence soon afterward.

Tekashi also gives us his opinion on gun control before shying away from the subject altogether. In the wake of the Florida shooting ... he seems to be down with getting firearms out of the hands of children.