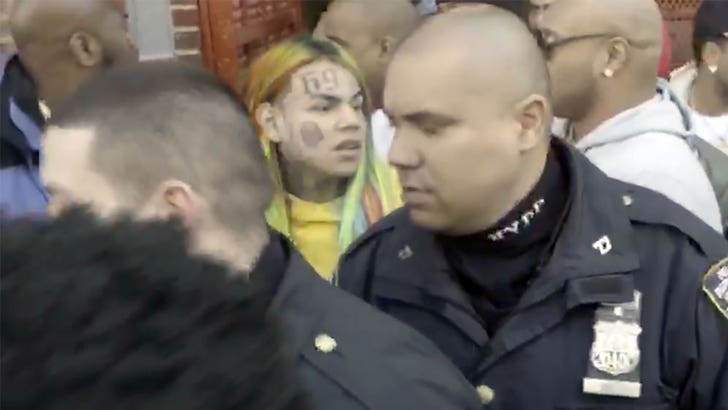 Tekashi69 came face-to-face with cops for the 2nd week in a row -- this time NYPD had to bust up his music video shoot.

6ix9ine was trying to shoot in Brooklyn Tuesday and had his crew in place, and several hundred people in the streets of the Crown Heights neighborhood. One big problem though, he did not have a valid permit for the production ... according to law enforcement sources.

NYPD swooped in on the location for a couple of reasons -- the first being the large crowd. Word got out when he promoted the shoot on social media, and the masses swarmed the area. Cops on the scene told Tekashi it was a dangerous situation, because some of the responses online included threats to kick his ass.

It's become a thing since that LAX brawl last week. Even if the Brooklyn crowd had been pro-6ix9ine, we're told the lack of a permit would have gotten him shut down anyway.

We're told police took him to the station -- for his safety, not to arrest him -- and his people picked him up there. 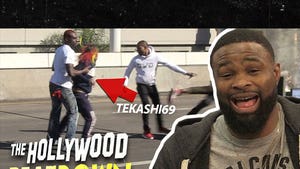 Tekashi 6ix9ine You Might Want to Rethink Exclusive Music Police