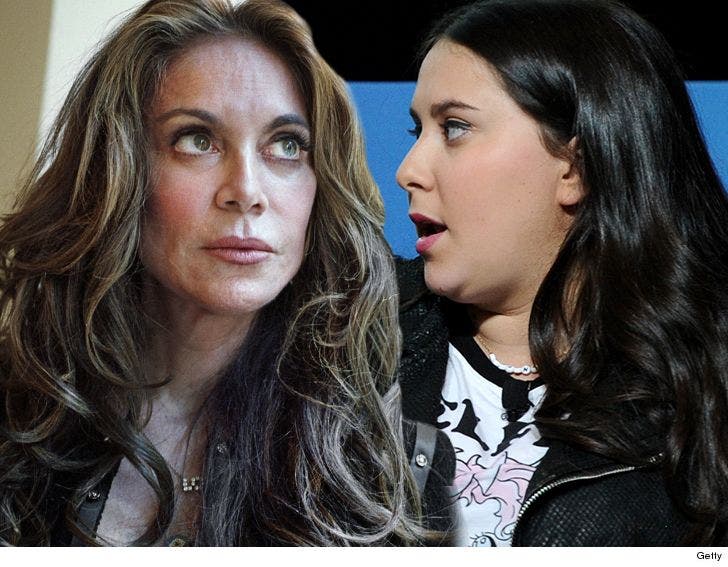 7:25 AM PT -- Oath Inc. -- which owns AOL -- has canceled the Oshry sisters' YouTube show, "The Morning Breath," and is launching an investigation into the latest revelations about the family.

The 'Girl With No Job' might soon be the Girl With No Followers -- 'cause the viral sensation is apologizing for old racist tweets ... and a familial connection to Pamela Geller.

Claudia Oshry Soffer posted an apology video Wednesday after years-old anti-Muslim tweets about Obama surfaced -- this on the heels of being outed as one of Geller's daughters. 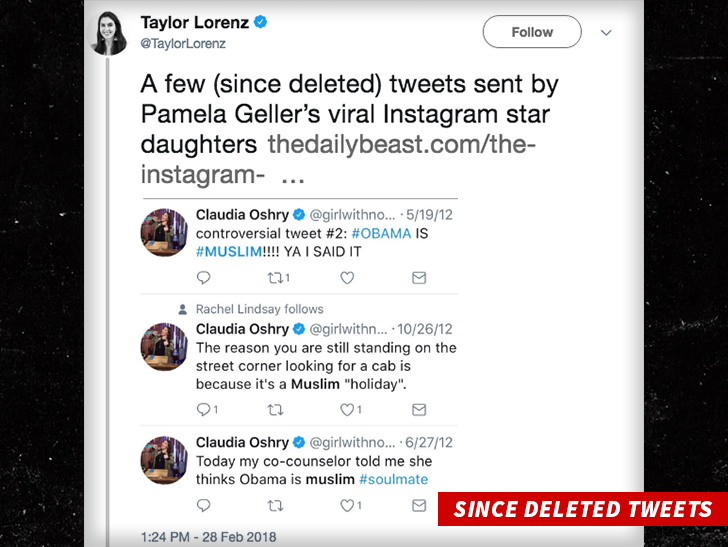 If you're unfamiliar, Geller is an incredibly controversial right wing activist who's known for peddling anti-Muslim rhetoric ... and who strongly supports Trump. Until now, it wasn't known that Claudia and her other 3 Instagram-famous sisters were tied to the woman.

Claudia didn't address her ties to her mother in her apology video, but distanced herself from her mother's views in a statement, saying ... "We want to be clear to our audience and fans that our political and cultural beliefs are not anti-Muslim or anti-anyone. Our views are separate from our mother’s."

She goes on to say she and her sisters don't condone racist views. Might be too late, though ... fans are already calling on others to unfollow the Oshry sisters en masse. 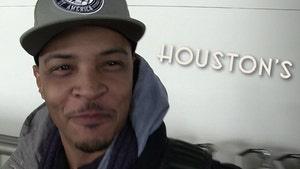 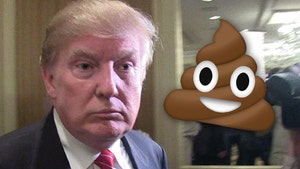 Donald Trump 'S***hole President' Toys Might Be a Thing Soon