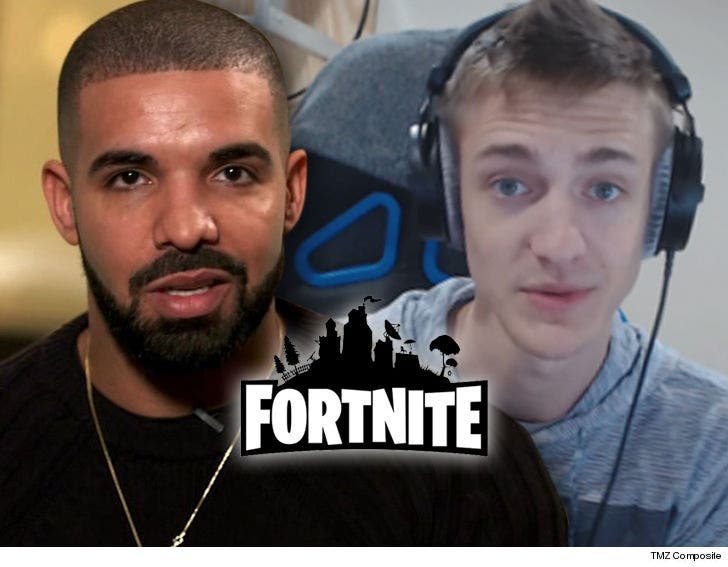 Drake broke the Internet this week by hopping on a computer game with its most popular player -- but the virtual appearance wasn't a planned plug ... Papi's just a big fan.

Sources over at Fortnite -- the battle-royale type combat game that's super popular on the streaming platform, Twitch -- tell TMZ that Drizzy's Wednesday night sesh with Ninja was not a sponsored event or a pre-planned gimmick ... on the contrary, it happened organically.

We're told Drake personally reached out to Ninja last week on Instagram to set up a mutual time to nerd out and blow stuff up on Fortnite. Apparently, he's a big fan of the game ... following its accounts on social media and even having his own profile -- TheBoyDuddus.

Our sources say Drake and Ninja did not signal they'd be online together Wednesday, and that the pairing came as a complete surprise. But, the love didn't go unnoticed (or unappreciated) ... we're told Fortnite's sending Drake a bunch of swag as a thank-you.

Fortnite's also in the process of setting a celebrity NBA-style "Party Royale" gaming event in mid-June with around 50 celebs and 50 pro gamers. We imagine Drake will get an invite -- Travis Scott and Steelers player Juju Smith, too ... who also played with D&N last night.

As for how Drake did ... word around the water cooler is that folks were making fun of him for being low-key trash. No biggie ... he's rich ... and weirdly well-rounded.