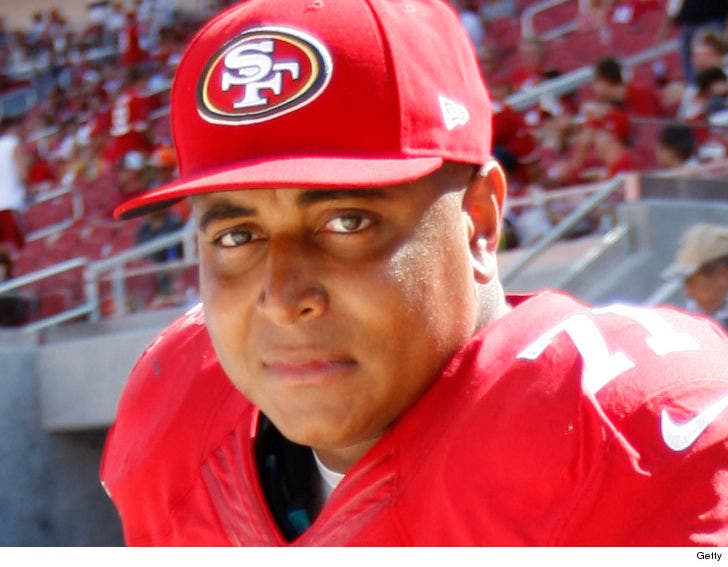 Jonathan Martin was charged with carrying a loaded weapon and making criminal threats ... after allegedly posting a threat to former NFL teammates and classmates on Instagram.

The L.A. County D.A. hit Martin with 5 charges ... 4 counts of making criminal threats and 1 count of possessing a loaded firearm.

TMZ Sports broke the story ... cops say Martin had a cache of weapons in his possession -- an ax, a large knife, and a loaded 12-gauge shotgun -- when he was arrested on February 23 ... only hours after allegedly posting a cryptic message on social media. 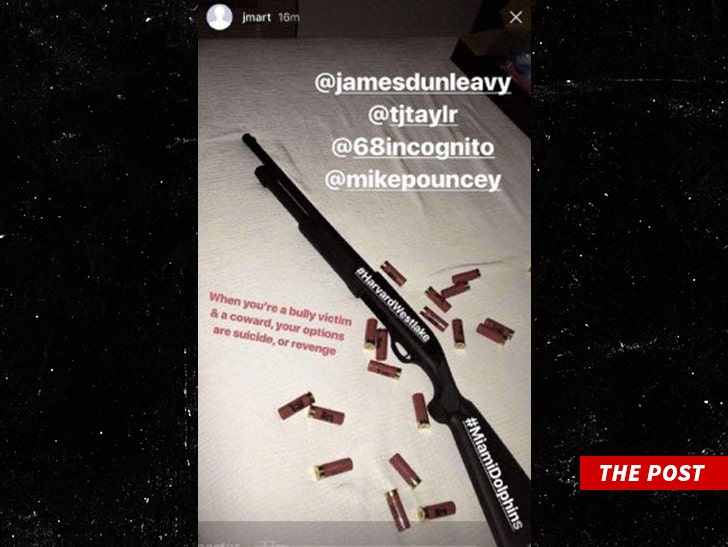 The Instagram post -- a photo of a shotgun with shells -- said ... "When you're a bully victim & a coward your options are suicide, or revenge."

Richie Incognito and Mike Pouncey -- 2 of JM's Dolphin teammates during the '13 bullying scandal -- were tagged in the photo.

We've learned there is currently a warrant out for Martin's arrest. 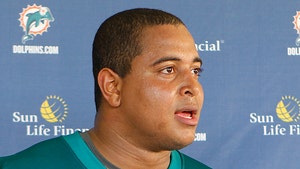 Jonathan Martin Had Gun in Possession When Detained, Undergoing Evaluation