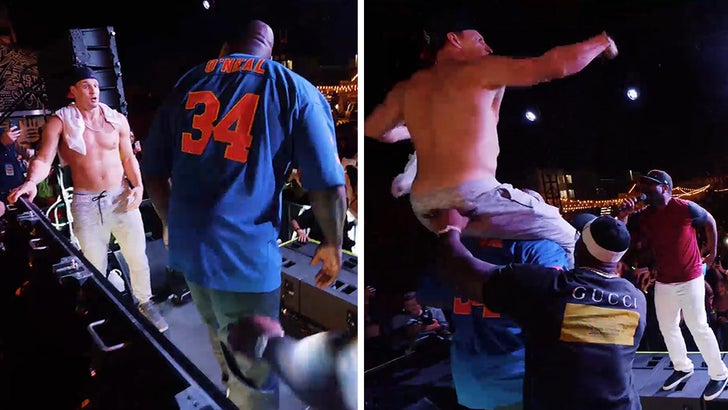 Shaq threw an insane party in Miami during Ultra Weekend ... and it culminated in an epic dance-off with none other than Gronk!

The tallest guy in the room hosted Shaq's Fun House party which was filled with celebs, including Diplo, A-Trak, Carnage, Steve Aoki and Von Miller.

You gotta check out the part where 7'1" Shaq puts 6'6' Gronk on his shoulders.

It was a crazy-ass party, with 3,000 in attendance. We are told that before the party Shaq had an early dinner at David Grutman's new restaurant Planta, where Gronk and Mark Wahlberg ate earlier in the week.

This was the first night of Ultra Weekend, so pace yourself, folks! 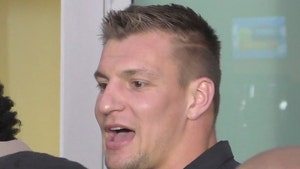