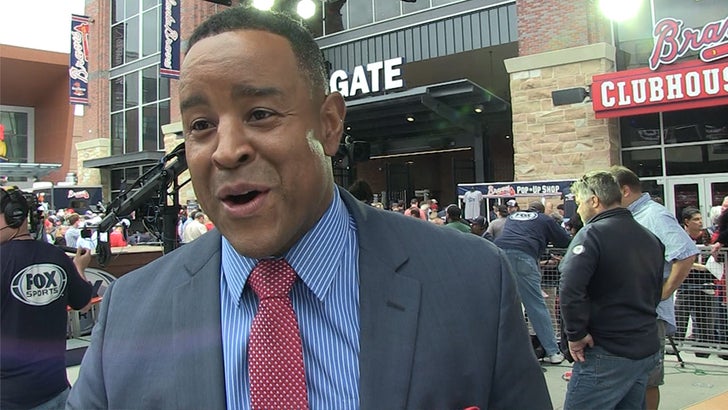 Tim Tebow's doing all the right things to make it to the Bigs, but he's still got a looong way to go -- so says Brian Jordan, a guy who used to pull double-duty for MLB and NFL!!

We got the former Major League All-Star (and Pro Bowl alternate) at Opening Day for the Braves ... and even though Tebow just got sent down to Double A by the Mets, Brian told us he's damn impressed with the QB's accomplishments thus far.

"He's progressing along and getting better ... he still has a couple of holes and he's working hard to fill 'em," Jordan told TMZ Sports.

That said, BJ told us not to expect any Tebow sightings at Citi Field for a while 'cause he "still needs a lot of time down in the Minor Leagues." 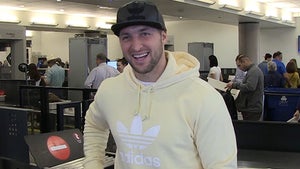 Tim Tebow Not Ruling Out XFL, But He Won't Play for Cubs! 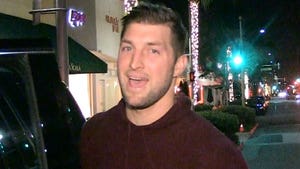