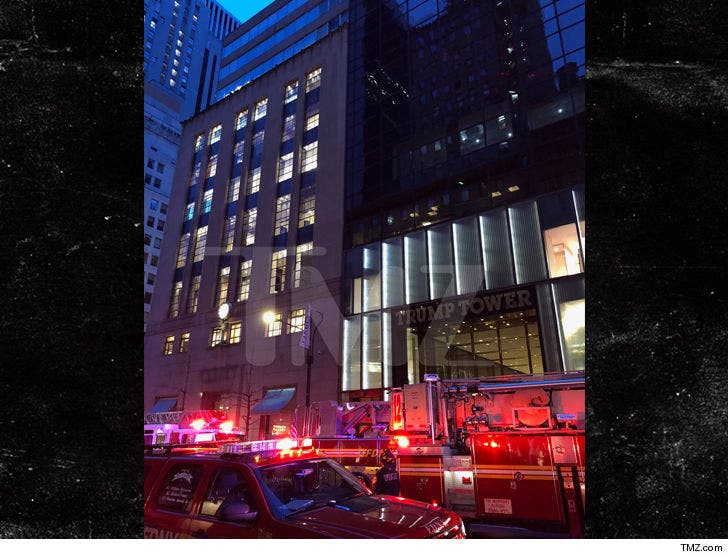 5:15 PM PT -- Law enforcement sources tell TMZ ... a 67-year-old man has died in the fire. According to FDNY, he was the occupant of the 50th floor apartment where the fire occurred. The fire's reportedly under control but smoke conditions on the floors above are still being dealt with.

4:30 PM PT -- FDNY remains on the scene of the 4-alarm fire, and along with one serious civilian injury ... 4 non-life-threatening injuries to firefighters have been reported.

4:00 PM PT -- Trump may have spoke too soon, because FDNY's reporting the Trump Tower fire's now a 4-alarm, and there's been at least one serious injury to a civilian.

Donald Trump's got another fire to deal with ... this time a literal one at his Trump Tower in NYC.

The famous skyscraper in Midtown Manhattan is ablaze -- reportedly on its 50th floor -- and witnesses say it started off looking small with just a little bit of smoke ... then doubled in seconds.

The fire was initially labeled as a 2-alarm fire ... but has recently been upgraded to a 3-alarm fire by FDNY. There are currently no injuries reported.

Trump Tower serves as the headquarters for The Trump Organization, and many members of the President's family live there or have lived there.

It's unclear at this time what caused the fire, but fire trucks are on the scene and cops have blocked off the streets surrounding the building. 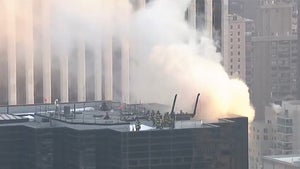