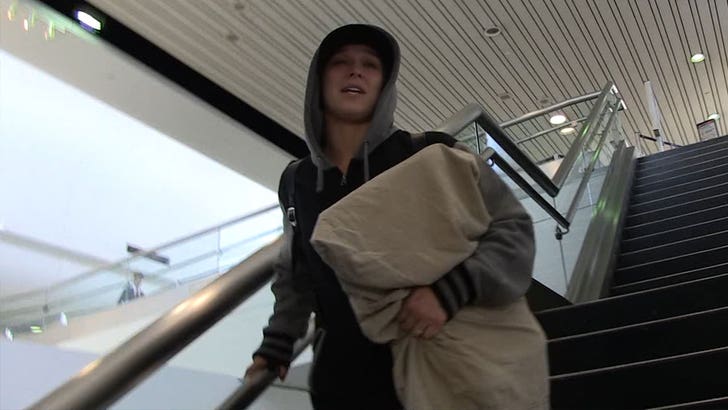 Ronda Rousey gave everything she had in her impressive WrestleMania debut -- and now, she's so wiped out, she can barely stand up straight.

The WWE superstar arrived to LAX early Tuesday morning -- where our photog was heaping praise for her insanely athletic and dominant performance against Steph McMahon and Triple H.

Of course, Ronda also killed it on 'RAW' on Monday night -- putting Steph in another armbar. Two great performances, two nights in a row.

"I tried my best," Ronda told us while noting she hasn't slept in 2 days.

"I don't even know my last name right now, I think."

Get some rest, Ronda ... you deserve it. 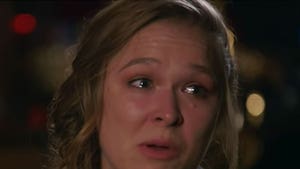