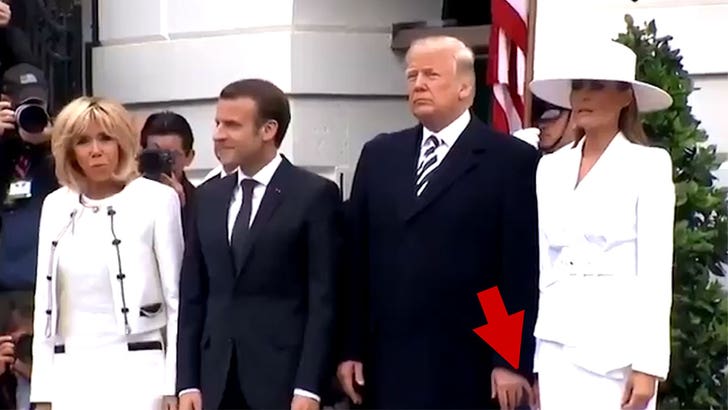 Donald Trump really wanted to get Melania to hold his hand at a White House event honoring French President Emmanuel Macron ... but man, he had to work for it.

Trump was standing next to his wife in the Rose Garden when he tried to slickly coax her hand into his ... but what ensued was a painfully long battle of wills.

It's clear Melania was trying to avoid the hand-hold ... but Trump and his pinky finger were persistent ... eventually wearing down her defense until she submitted. 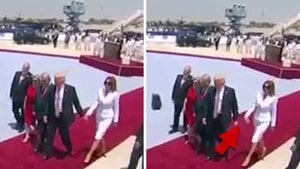