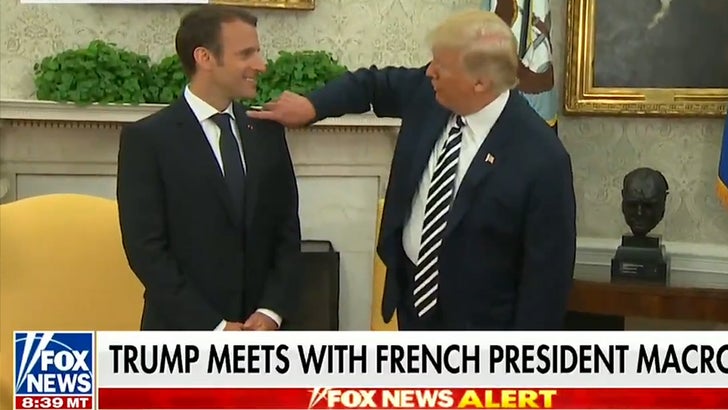 President Trump and Emmanuel Macron are so tight, they have no problem wiping the dirt off each other's shoulder in front of cameras ... or dandruff, for that matter.

Trump was hosting the French President and his wife, Brigitte, at the White House Tuesday for policy talks between the two countries, and at one point in the Oval Office, Trump got a little handsy with Manny ... flicking off some apparent dandruff that had built up on his jacket.

It's funny for another reason, too. DT was touting the fact that the media was reporting on his and Macron's close relationship ... which for once he said wasn't "fake news."

Hard to imagine Trump's brush-off was anything but a subtle power move.

Of course, no meeting is complete without Trump's signature handshake ... and it appears 45 has significantly cut down on the shake's length since last year. 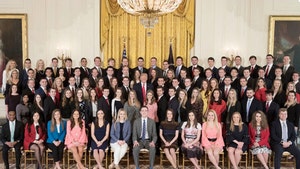