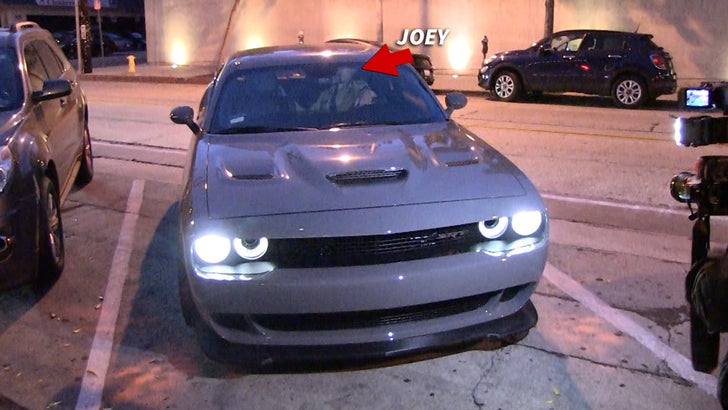 Joey Lawrence officially settled his bankruptcy case, but it's not hurting his game in Hollywood ... at all.

Joey, who got the bankruptcy judge's sign off 2 weeks ago, hit up Craig's restaurant in WeHo Monday night ... an expensive proposition for sure. He left in a brand new Dodge Challenger Hellcat, which retails for around $60k minimum.

According to the bankruptcy docs, Joey claimed he had $8k to his name in the bank and $60 in cash.